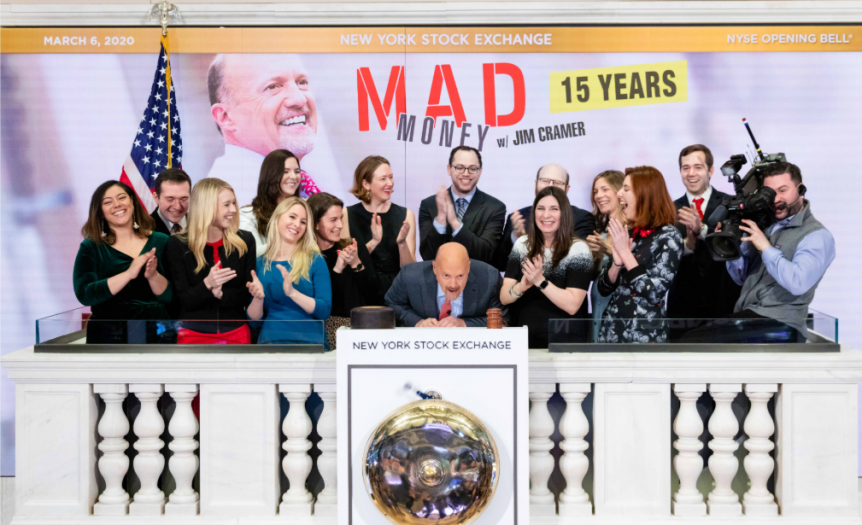 Jim Cramer and his team marked the 15-year anniversary of Mad Money by ringing the opening bell at the New York Stock Exchange this morning.

“I am very lucky to have an amazing team and to be at an amazing network,” Cramer proclaimed on Squawk on the Street. “I don’t want to belabor that on a day that I know people are going to lose money, but I am proud of Regina Gilgan, Cliff Mason, Mark Hoffman.”

Longtime colleague David Faber talked about how proud he was of the show’s 15-year run, and how thankful he is that Cramer has permitted him to steal some of his staff over the years. Faber also added that he has provided Cramer with a number of guests, including CEOs.