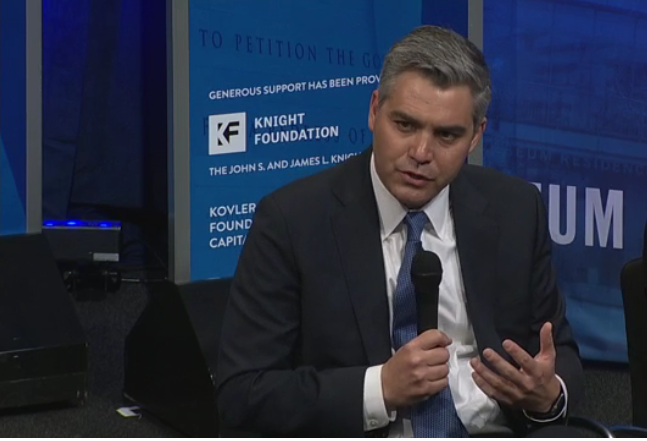 Spiering feels CNN and other traditional news media outlets are biased against the Right, deeming Acosta’s reporting on former national security adviser Susan Rice as an example of said bias. “I didn’t let Susan Rice off the hook, you can go back and watch an interview I did with Susan Rice a couple of years ago and I didn’t let her off the hook,” Acosta said.

Acosta also wanted to understand why the conservative media continues to stick up for Pres. Trump and the administration when he says things that aren’t true, including the president’s unfounded claims that Pres. Obama wiretapped him at Trump Tower. “Why can’t they see the facts as they are?” he said.

But Acosta’s larger point had to do with “the truth” as well as how attacking CNN is “doing a disservice to all Americans.”

“Why can’t we just have the truth? That’s—that’s my question and that’s what—as much as people want to beat up on CNN, and go after CNN, and CNN sucks and that sort of thing, which your readers do and your side of the aisle does. I was with Steve Bannon the other day where he referred to us as the opposition party once again. We are not the opposition party, we are just trying to get at the truth. And when you have a—a side of the news media that just insists time and again that—you know that CNN is out to get the president or out to get certain people in this country, I think it just does a tremendous disservice to all Americans. I don’t think it is American to go after a segment of the news media.”