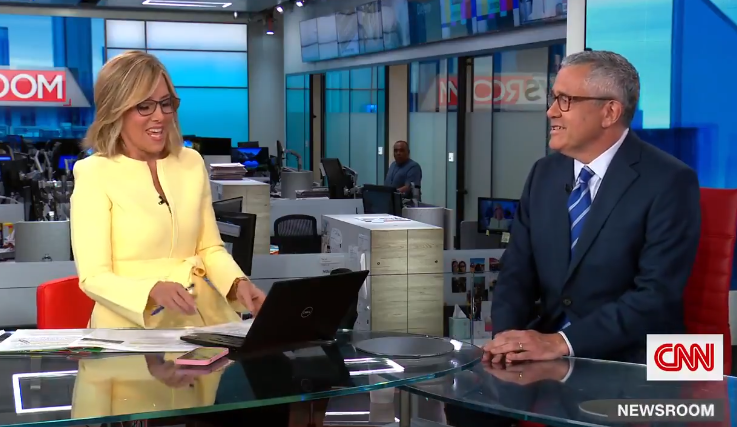 Jeffrey Toobin is officially back on CNN in his chief legal analyst role.

The New Yorker, for whom Toobin wrote, suspended him in October 2020 in light of the incident, and then fired him a month later.

But Toobin was never fired by CNN. In fact, a network spokesperson told TVNewser at the time that Toobin “had asked for some time off while he deals with a personal issue, which we have granted.”

According to CNN’s Brian Stelter, some anchors and hosts at CNN “expressed a desire to have Toobin back on their shows, since he has been a leading legal voice on television for decades.”

And so eight months later, he returned.

Toobin was brought on air Thursday to discuss a case in California where a federal judge overturned a long-standing assault weapons ban. But the conversation predictably focused on other things.

Toobin said his conduct “was deeply moronic and indefensible,” adding that he didn’t think people could see him, but conceded that was no excuse. He also said he has relayed apologies in both public and private for his mistake.