NEXT:The Package Containing an Explosive Device Was Addressed to Former CIA Director John Brennan, an MSNBC Contributor
PREVIOUS:Fox News: 'Our Thoughts Are With CNN for the Safety of All of Their Employees' 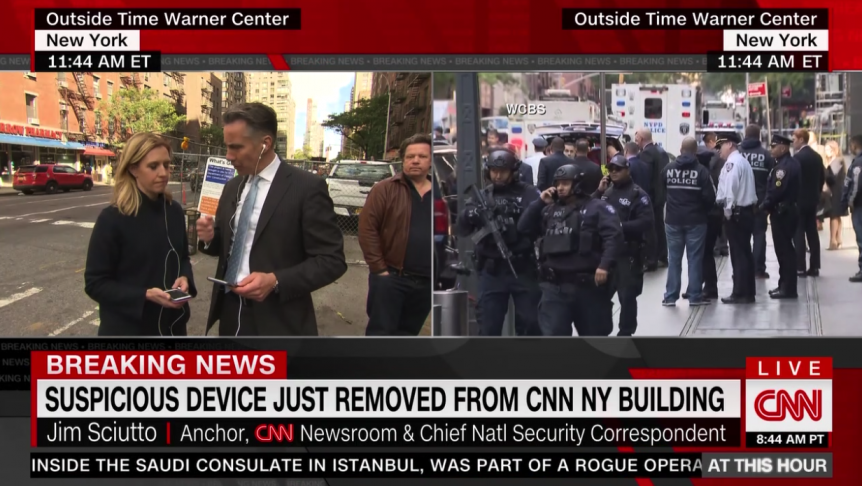 It has been a hectic 5+ hours for CNN employees, after an alarm started going off in their offices at 10:09 a.m. ET.

But it appears that they’re now able to return to work.

CNN Worldwide president Jeff Zucker has been keeping CNN employees abreast of the latest developments throughout the afternoon, and just sent out what is being called a “Final Update” at 3:30 p.m. ET:

“The NYPD has concluded its security sweep, and it is now safe to return to the building,” Zucker states. “I so appreciate your patience, as I know what a long day this has been for all of you.”

Not long after the update went out, Zucker took a shot at President Trump, who in his televised statement, didn’t explicitly name any of the targets, including CNN: