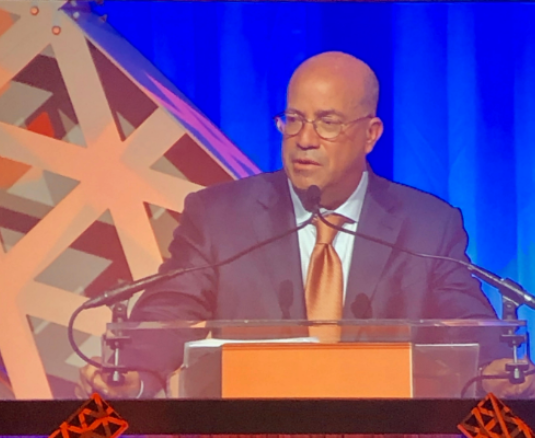 There was plenty of hardware to hand out, honoring the best in media reporting for 2018, before Discovery president and CEO David Zaslav presented the Fred Dressler award to Zucker.

Investigative reporter Ronan Farrow earned the John M. Higgins Award For Best In-Depth/Enterprise Reporting for his story in The New Yorker last summer about sexual harassment by CBS Corp. chairman and CEO Les Moonves. Farrow was quite candid in his acceptance remarks.

“When you work in television, you often run into people who talk about media reporting like it’s something soft or supplemental,” said Farrow.” Being in this room with these reporters I admire so much who are on this beat, and reporting this story on CBS are both reminders that is not true. Not even close.”

Farrow added: “When a culture of corruption and cover up flourishes at a major news organization, at one of our great institutions of reporting – when there are lies being told to us by networks we trust, the cost is not just trust in those institutions, the cost is our democracy, it’s our future, it’s our freedoms. Reporting on ourselves is one of the most important things that we can do as journalists. It means burning bridges, sometimes. It means alienating people; it means giving up job opportunities. It’s not always easy. I look out across this room, and I’ll be completely honest, and you’ll have to forgive me – I’m on deadline, I haven’t slept; but I see some people who have lied to protect power in the way we’re all decrying today. People who have lied to the public. People who have lied to The New Yorker; and after we fact-checked, they came back and apologized for lying.”

It was not clear which specific executives he was speaking about.

But Farrow –who proceeded to bring his fact-checker on stage with him– also noted that there are a far greater number of people out there who are pushing back on a culture of corruption. 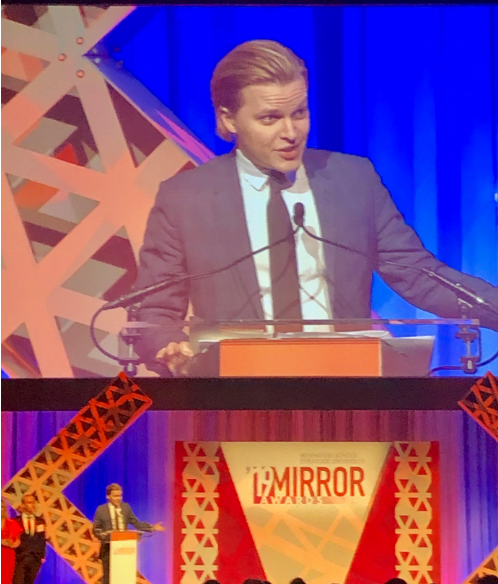 The presentation of the Fred Dressler Leadership Award came at the end program. Both Zaslav and Zucker consider the other his best friend. The two go back to their NBC/GE days, when Zaslav helped launch CNBC, and Zucker ran the show at NBC. Each spent two decades at the company, and Zaslav of course now runs Discovery. 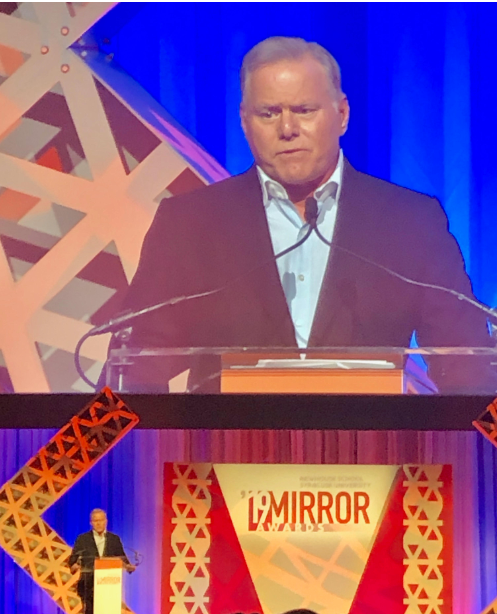 “As David noted, David and I go back so many years to our days at NBC, and the fact is we have become even closer since David moved to Discovery and I was asked to leave NBC,” Zucker said.

Zucker then made a rather provocative joke about his colleague, Camerota, who co-hosts the network’s morning show:

Camerota admitted in April 2017 that she had been sexually harassed by her old boss at Fox News, the late Roger Ailes. She even wrote a book based on it.

Zucker then added: “Alisyn personifies what I want CNN to be: Serious, smart, entertaining and always the right tone. Thank you for following my order to be here today.”

The NBC Newser-turned CNN exec recalled being Bob Costas‘ researcher at the 1988 Seoul Olympics, “I was 23 years old and working with Bob was my first real job in television…we have remained colleagues and friends for over 30 years and I’ve never met someone more talented.” 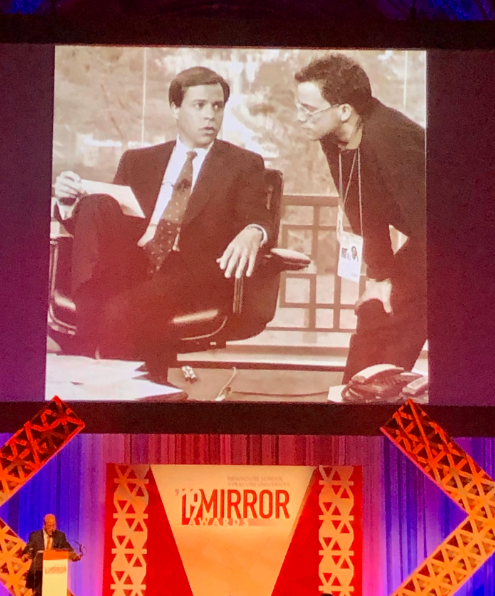 Costas, a Syracuse grad himself, was in the audience.

He then launched into his work at CNN, calling it the most important of his career: “The truth is under assault, the press is under attack from the most powerful people in the world. That is wrong, it is dangerous. Our job is to hold those in power accountable and to shine a light on the truth. It is not to pick a side or be unnecessarily confrontational. It’s to tell the truth.”