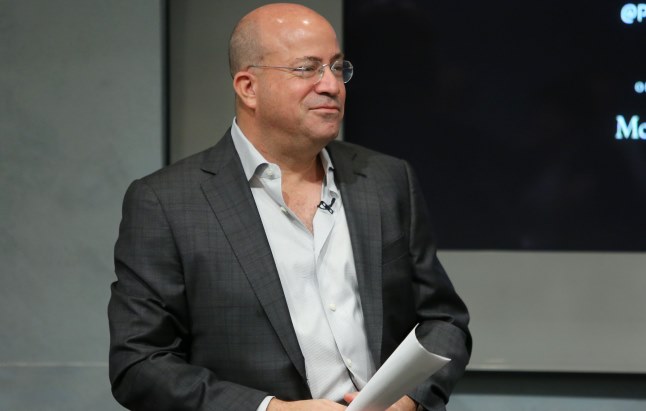 CNN Worldwide president Jeff Zucker wants U.S. regulators to look into Facebook and Google to determine if the two companies have a duopoly or a monopoly on revenue from digital content.

“The fact is nobody for some reason is looking at the monopolies that are Google and Facebook, and that’s where the government should be looking and helping to make sure that everyone else survives,” Zucker told an audience at the Mobile World Congress in Barcelona on Monday. “I think that’s probably the biggest issue facing the seriousness and growth of journalism in the years ahead.”

Adweek tech writer Marty Swant, who’s in Barcelona covering the show, notes that Zucker made the remarks when asked about the recent bundling of media companies with larger telcos and TV networks.

The CNN chief cited Disney’s proposed $52.4 billion deal for 21CF’s international and TV entertainment properties, as well at AT&T’s $85 billion bid for CNN’s parent company Time Warner, the latter of which continues to experience problems. The DOJ sued to block the deal back in November , and the antitrust trial is set to begin March 19.

CNN Digital has been making headlines lately. The company parted ways with roughly 50 digital staffers earlier this month, and now Andrew Morse, who ran both newsgathering and digital at CNN, recently stepped away from the newsgathering role to focus solely on digital.

Great Big Story, which is CNN’s digital storytelling startup is reportedly transforming into a 24-hour streaming network this summer.

Later in the on-stage interview, Zucker said CNN has been protected from the cord-cutting phenomenon that has hurt other networks, primarily because of how people consume live video such as news and sports. He also pointed out that CNN’s digital audience is younger than its linear audience, with an average age of 44 for digital and 37 for mobile.