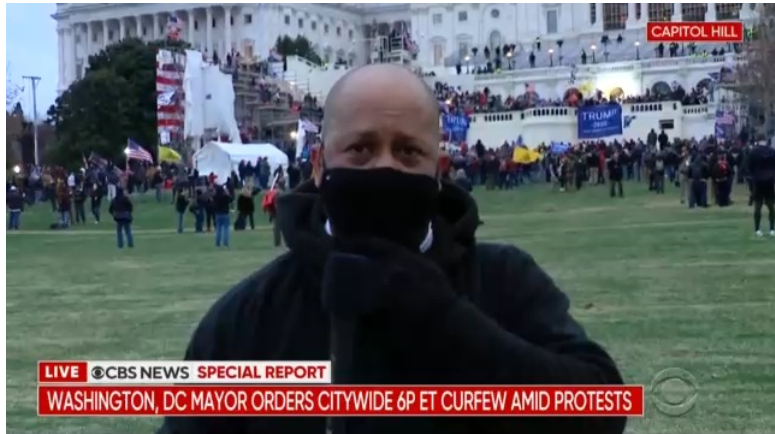 CBS News made some staffing announcements on Monday about their D.C. and Dallas bureaus.

Jeff Pegues has been named CBS News’ chief national affairs and justice correspondent reporting for all of the news division’s broadcasts and platforms. Pegues continues to lead CBS’ coverage of DOJ, social justice and law enforcement.

“As we watched rioters scale the Capitol walls last January 6, Jeff was on the scene reporting live as he has so many breaking news stories,” CBS News president and co-head Neeraj Khemlani wrote in a memo to staff announcing the moves. “Most notably, within hours of George Floyd’s death, Jeff reported live from Minneapolis and consistently covered this critical story as it shook the nation.”

Pegues isn’t the only CBS Newser to earn a new title.

CBS News congressional correspondent Kris Van Cleave will help out with coverage from the network’s Dallas bureau starting Jan. 10. Van Cleave’s congressional coverage over the last year included live reporting from the west lawn of the Capitol during January 6–before covering an inauguration, an impeachment and the passing of the landmark infrastructure bill.

Third, the network has named Nancy Chen CBS News correspondent based in New York. Chen has been reporting regularly on the CBS Evening News and on CBS Mornings as of late, covering stories like the Oxford High School shooting and the fallout for those involved, the tragic incident in Wisconsin as a car barreled through a Waukesha holiday parade, and the Kyle Rittenhouse trial.

Chen first came to CBS News as a Newspath correspondent in February 2020.