NEXT:Mika Brzezinski to Chris Cuomo: 'You Have Offended Me as a Competitor And as a Woman And as a Victim of a Violent Sexual Assault'
PREVIOUS:Survey: 29 Percent of US Adults Recall Talking About Fox News Over the Past Two Weeks

The CBS Evening News with Jeff Glor has announced that it will be taking the newscast to key battleground states during the final month of Campaign 2018 leading up to the November midterm elections.

“There are fascinating local races taking place all over the country, in unexpected towns,” Glor told TVNewser. “We want to show our audience what’s happening in places like Dallas and St. Louis and Phoenix, and why it matters to them.”

Starting next Tuesday in Phoenix, Glor and his squad will head to states with competitive races for on-the-ground coverage, and in addition to anchoring the CBS Evening News on location, Glor will also interview candidates and voters there about the issues they actually care about.

“That phrase ‘all politics is local,’ it’s true,” Glor added. “And this month we will hit the road to show our audience why it’s especially true this election.”

The expanded coverage begins with Glor anchoring from Arizona, a state with one of the country’s most closely watched Senate races. He’ll talk with Phoenix-area voters about key topics, including the nomination of Judge Brett Kavanaugh to the Supreme Court.

“With control of the House and Senate at stake, our goal is to listen to voters and report on the issues that are most impacting their families and their communities,” CBS Evening News ep Mosheh Oinounou said in a statement. “The best way to do that is to get out of the studio and into the field.”

The newscast will also originate from Texas, Missouri and Florida this month as part of the network’s expanded, on-the-ground coverage for Campaign 2018. 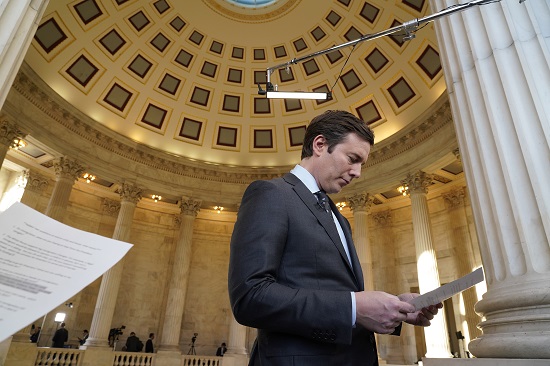