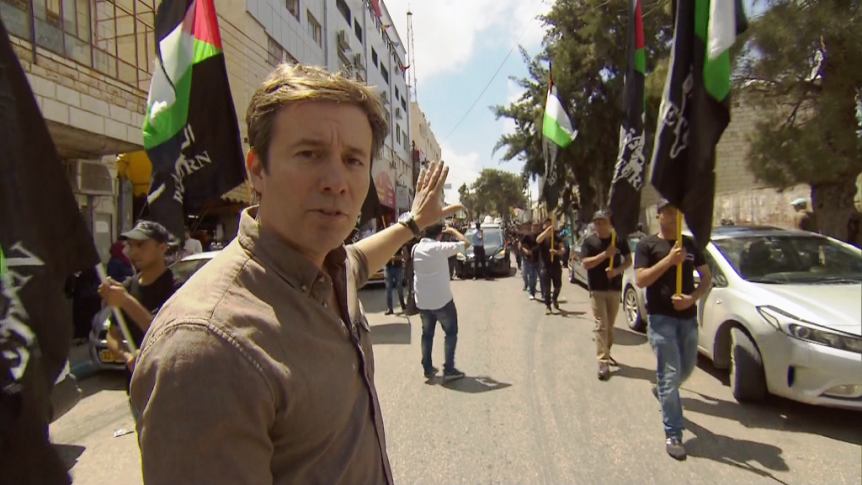 Jeff Glor will once again report for the CBS Evening News from Israel tonight.

In addition to an interview with Prime Minister Benjamin Netanyahu, Glor traveled to the West Bank where Palestinians continue to protest the controversial move of the U.S. Embassy to Jerusalem.

“To cover fast-moving and complicated stories like this it’s important to be in the field. This was the place to be right now,” Glor told TVNewser.

Glor said he pressed Netanyahu on whether he thought Israeli Defense Forces went too far during protests in Gaza that left 58 people dead–the deadliest day in the Palestinian territory since 2004.

“He doesn’t think they did. He feels that the response in Gaza and the West Bank yesterday was proportional,” Glor reported earlier on CBSN. “He believes that Hamas is paying people to try to cross the border, to try to create as much chaos as possible. He says that they want as many casualties as possible for PR purposes.”

TV news anchors have been traveling to Israel for decades, especially during momentous times like these. When former CBS News anchor Dan Rather went to Israel in 2002 to cover what would become known as the Second Intifada, his executive producer at the time, Jim Murphy (now with CNN) crowed that only CBS had its main anchor there, while NBC and ABC had sent theirs home.

“A war started and they left!” Murphy wrote in an e-mail message to the New York Times. “I find that astounding. When wars start, we go.”

“Our executive producer Mosheh Oinounou and the entire CBS Evening News team recognized early on that this week could be consequential,” said Glor, who is the only anchor of the Big 3 networks reporting from Israel this week. “I think our reporting has been comprehensive and fair.”