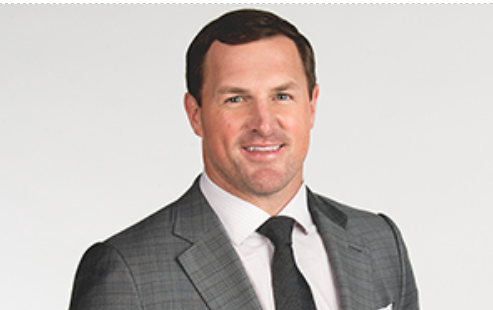 So much for retirement.

In what seems to be a rather stunning move, ESPN Monday Night Football analyst Jason Witten is leaving the broadcast booth and will re-join the Dallas Cowboys after a one-season hiatus.

The Cowboys announced the move this afternoon. 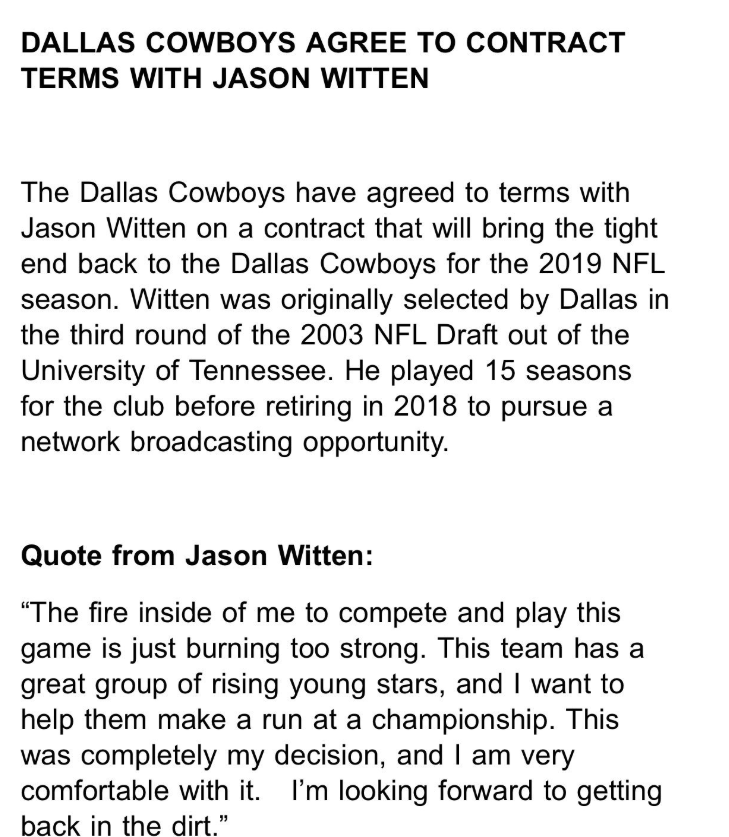 In response to the Cowboys’ statement, ESPN released the following:

“We thank Jason for his many contributions to Monday Night Football and to ESPN over the past year and wish him continued success. We have seen many former coaches and players go into broadcasting before eventually returning to the game they love, so we understand Jason’s desire to return to the Dallas Cowboys. In the coming weeks we will determine our MNF plans for the 2019 season.”

As Witten was set to embark on his first season as a broadcaster, ironically, it was Dallas Cowboys chairman Jerry Jones who showed up at the 2018 ESPN upfront presentation in New York, and sung Witten’s praises to the crowd of media buyers and press in attendance.

“In my 30 years involved in the NFL, Jason Witten is in my top five,” Jones proclaimed. “No question.”

The trio of play-by-play man Joe Tessitore, and analysts Booger McFarland and Jason Witten weren’t widely praised for their Monday Night work this past season, their first together.

However, ESPN, and Witten himself, apparently believed the three-man booth was something that wasn’t going to be torn up anytime soon.

.@bylindsayhjones did an embed with the Monday Night Football crew in December. Very clear that everyone at ESPN including Witten —at that time — was planning on the booth returning in 2019. https://t.co/6ivZIBK7uY pic.twitter.com/9MmBK3H88y

It remains to be seen what the ESPN MNF booth will look like this fall, but we’ll obviously keep our ears to the ground!