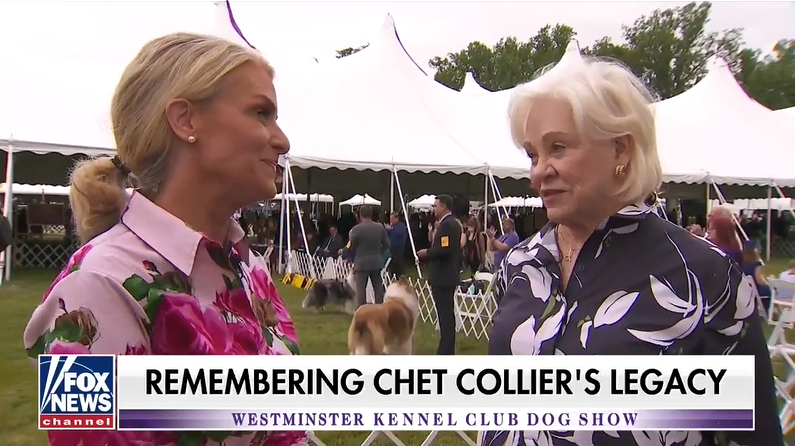 Dottie is now a steward at the show — assisting the judge and giving out the ribbons. She was also a judge herself back in 1997.

Reflecting on her late husband, Dottie Collier told Dean, “He loved the dogs. He loved television. This was a production… as you probably know, he loved it. And he turned the dog show into a production.”

She added: “He was definitely a presence. I miss him.”

Chet Collier passed away on August 15, 2007. He was an executive at CNBC and America’s Talking (the predecessor of MSNBC) who worked with Roger Ailes at both networks. Collier moved with Ailes to News Corp. to create Fox News in 1996, and was the channel’s executive vice president of programming until 2001, when he retired and later became a consultant to the network.

Fox News chief executive Suzanne Scott was a programming assistant to Chet Collier at both CNBC and Fox News.