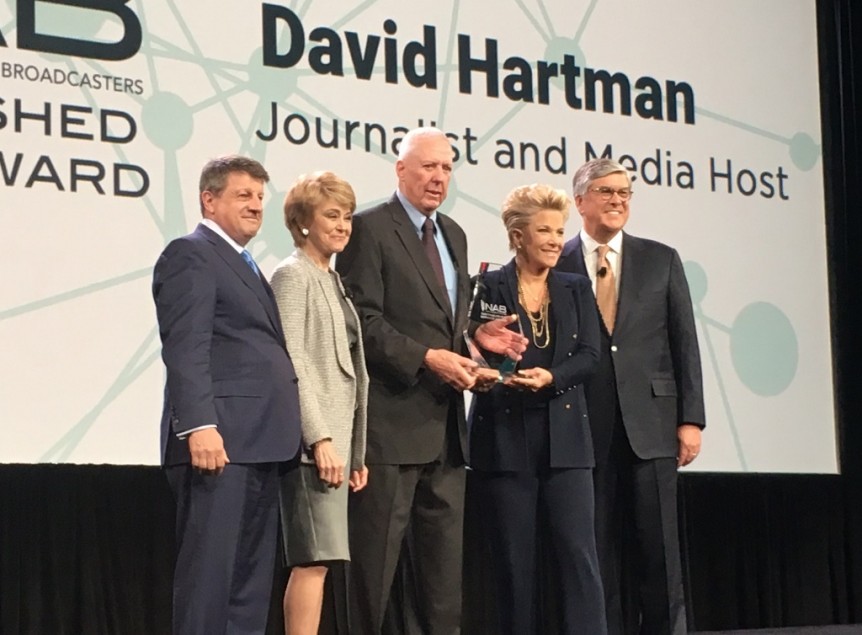 Several network TV newsers took part in the kickoff of the 2017 National Association of Broadcasters convention in Las Vegas this morning.

CBS Sunday Morning host Jane Pauley was the emcee of the event. “I am from the 20th century, when multi-media meant three networks,” Pauley joked.

ABC’s Rebecca Jarvis sat down with Hearst CEO Steve Swartz for an interview on the state of the media industry. Jarvis began with a story about how Disney/ABC TV president Ben Sherwood and Swartz worked together at the campus radio station while at Harvard. Swartz was the news director and Sherwood was an anchor. “Ben and I both realized we had limited potential on the air,” said Swartz, who now runs the 130-year-old media behemoth, owner of magazines, TV stations, trade publications, and is a prolific new media investor.

At the end of the opening session there was a reunion of sorts between Pauley, David Hartman and Joan Lunden. Pauley, then co-anchor of the Today show, competed against Hartman and Lunden who were co-anchors of Good Morning America. Hartman and Lunden were here accepting the NAB’s Distinguished Service Award. “I can’t imagine having had a better partner than you for all those years,” Hartman said to Lunden accepting his award.