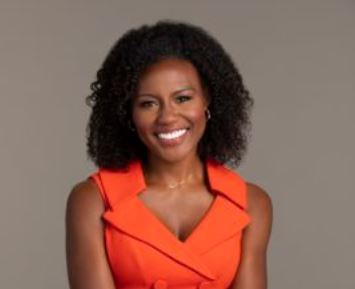 She will be joining co-anchors Whit Johnson and Eva Pilgrim on the program.

In a memo sent to ABC News staff, Godwin said, “Janai is a versatile and talented journalist, whether she is anchoring at the desk, conducting a one-on-one interview with a newsmaker of the day, or reporting in the field on breaking news.”

Norman has been with ABC News full-time since 2016. She interned with them at News One in 2011, but upon returning to ABC News, she became a multi-platform reporter based in the DC bureau, then moved to New York to become the overnight anchor for World News Now and America This Morning.

As a correspondent, she covered the Brooklyn subway shooter earlier this year—and was part of the network’s 2020 election night coverage reporting in South Carolina on the Senate Race. Norman also covered the COVID-19 pandemic and the George Floyd protests.

She fills a spot vacated by Dan Harris, who left the network last year after a 21-year run to focus more time and energy on his meditation company, Ten Percent Happier.

Janai is a versatile and talented journalist, whether she is anchoring at the desk, conducting a one-on-one interview with a newsmaker of the day, or reporting in the field on breaking news.

She puts her heart into her work and makes it a priority to cover the most important underreported issues of our time, including the maternal mortality crisis facing Black women and the stigma of mental health.

Janai started at ABC News as an intern at News One in 2011. She returned in 2016 to cover politics as a multi-platform reporter in the DC bureau, before becoming overnight anchor for World News Now and America This Morning. Most recently, Janai has hosted Pop News over the weekend, joining the team when the second hour launched on Saturdays in October 2019.

As a correspondent, she was on the scene covering the manhunt for the Brooklyn subway shooter earlier this year, was on the ground in South Carolina covering the Senate race for the network’s 2020 election night coverage—and has covered the COVID-19 pandemic and the protests after the death of George Floyd.

Prior to ABC News, Janai worked her way across the country in Columbia, Missouri, Tulsa, Oklahoma and Orlando, Florida as a general assignment reporter and fill-in anchor. During this time, she reported on the Pulse nightclub shooting and the Moore, Oklahoma tornado.

GMA Saturday is #1, and GMA Sunday continues to deliver. I’m confident that Whit, Eva and Janai and the rest of the weekend team, under the excellent leadership of Simone Swink and Shaun Francis, will continue to thrive and drive the GMA brand to even greater heights.

Please join me in congratulating Janai on this new role.