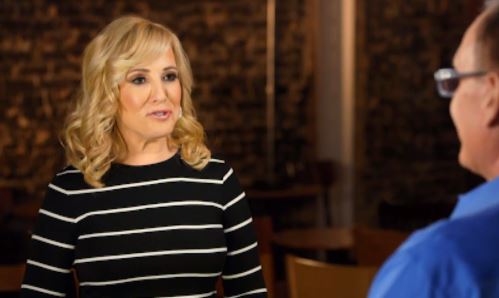 Jamie Colby is no longer an employee of Fox News.

“Fox News mutually and amicably parted ways recently with Jamie Colby,” a Fox News spokesperson said in a statement Monday morning. “We thank Jamie for her many contributions to both Fox News Channel and Fox Business Network and wish her all the best.”

Most recently, Colby was host of the FBN prime time series Strange Inheritance, which premiered in January 2015.

An unscripted series, Strange Inheritance took Colby to 38 states to uncover some of the most bizarre stories of inheritances.

A network source tells TVNewser that repeats of Strange Inheritance will be airing weekends on FBN.

Colby arrived at Fox News in 2003 as a New York-based correspondent. She became an anchor in 2005, primarily working weekends, and held that role until the premiere of Strange Inheritance.

Colby also garnered a Murrow award for her 9/11 coverage.