NEXT:Former NBC Newser Megyn Kelly Calls for Outside Investigation of NBC
PREVIOUS:Jeff Zucker Has Reportedly Met With Stephanie Ruhle About a Role at CNN 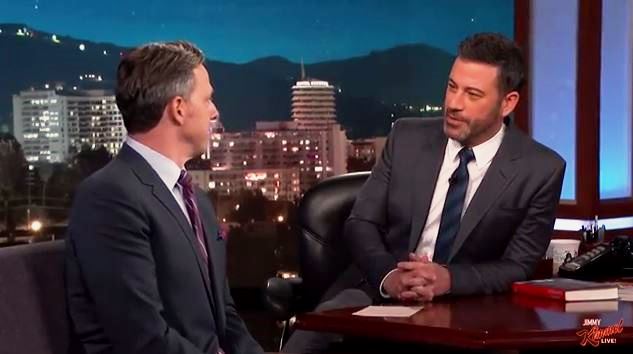 What do Dave Matthews, Jimmy Kimmel and Jake Tapper have in common? More than you might think.

Dave Matthews Band was recently nominated for the Rock ‘n’ Roll Hall of Fame, and CNN ended up breaking the good news to the iconic frontman following a congratulations text from Tapper, a frequent late-night guest.

MATTHEWS: Your buddy texted me and told me.

MATTHEWS: Yeah, he texted me.

KIMMEL: He’s the one who told you it happened?

MATTHEWS: Yeah, I thought it was pretty cool the newsman gave me the news.

Jennifer Aniston appeared earlier in the broadcast and talked with Kimmel about her new Apple TV+ show, The Morning Show. In the clip, she mentions shadowing Good Morning America as a way of preparing for her role of morning show host, and how big of a Diane Sawyer fan she is.