NEXT:Bill O'Reilly: 'Our Sponsors Were Attacked, And I Should Have Fought Back'
PREVIOUS:Jackie Levin Named EP of Megyn Kelly's Morning Show 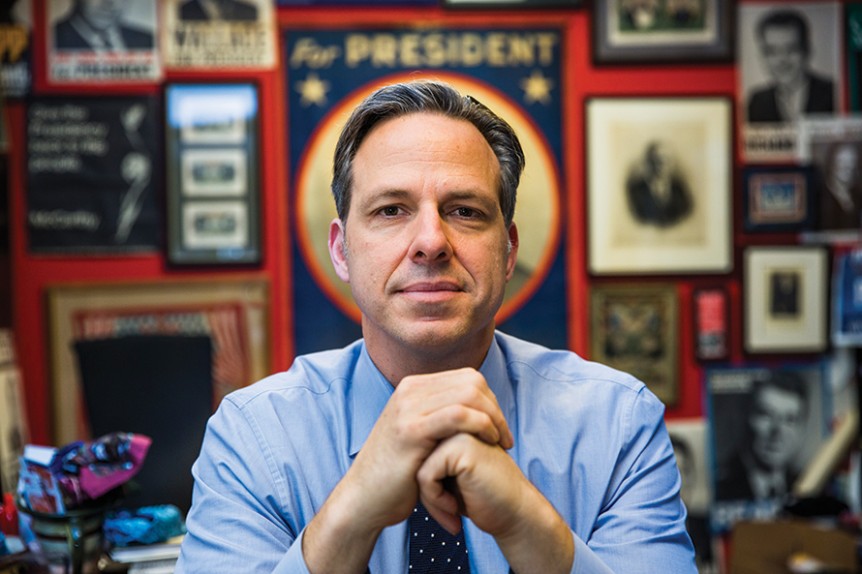 CNN’s Jake Tapper was up in Toronto last night to accept the Canadian Journalism Foundation’s Tribute award, “which recognizes media luminaries who uphold the highest standards of excellence and inspire working journalists around the world.”

This award is of particular significance to Tapper. He’s a Philly native, but his mother was born in Ottawa, and came to the U.S. with her family at the age of 7. His grandfather fought in the Royal Canadian Navy during World War II, and his grandmother was a secretary for the Canadian government.

During his prepared remarks, Tapper addressed the Trump administration’s incessant criticisms of CNN and other well-known news outlets, and his propensity to label seemingly every story he doesn’t like as “fake news.”

Tapper also gave a shout out to the late ABC World News Tonight anchor Peter Jennings. He was an ABC Newser for 9 years, and senior White House correspondent for the network before moving to CNN in January 2013.

I would also be remiss if i did not take a moment to thank another great son of Canada, a mentor to so many of us who had the pleasure of working with him, my former boss at ABC news, the late great Peter Jennings. Peter was a tireless and fearless and obstinate boss. And he taught me so much and the world, and the world of journalism, is lesser for his passing.

I like to think somewhere David and Peter are watching this presentation, frustrated that they can’t break through and criticize me and make sure that i’m not letting anything go to my head. Don’t worry guys, I got the lesson. You taught me well.

Towards the end of his speech, Tapper added:

We cannot pretend that lies don’t need to be called out. We cannot shrug and talk about how a politician’s supporters don’t care about behavior that empirically is offensive. We cannot lower the standards that we as a society hold just for access to big name interviews. We have to be able to look our children in the eyes. We cannot not lower our standards because of attrition and exhaustion or because colleagues are making other decisions, or because Fox, Breitbart and online trolls will lie about us otherwise.

This is a time for all of us in the 4th estate and indeed all of us in North America to stand up for what we know is right. Objectivity. Truth. Decency. Facts. 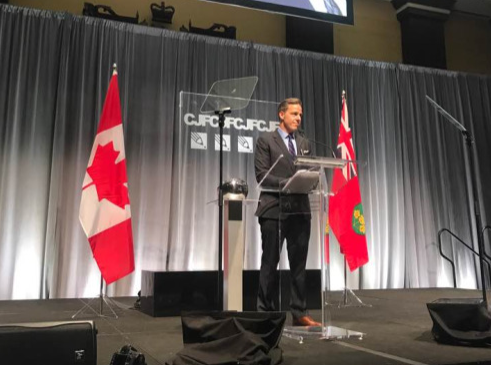