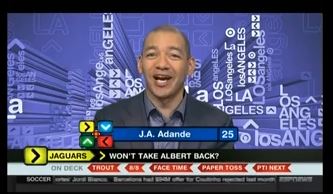 J.A. Adande, who’s spent the last 10 years at ESPN, is leaving the network to devote his full time to his job of Director of Sports Journalism at Northwestern’s Medill School.

Adande announced the news on Twitter calling his time at ESPN “not my dream job. ESPN was the place I left my dream job to work for because it was even better.”

Adande, a 1992 graduate of Medill, was named director of the Northwestern program last year. He joined ESPN.com as an NBA columnist in 2007 and has covered the Olympics, Wimbledon the Final Four and the Super Bowl for the network.