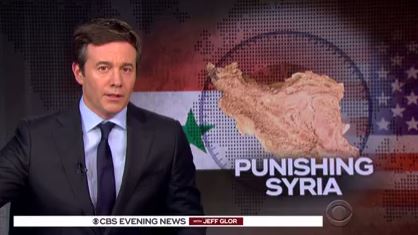 On the CBS Evening News Tuesday night, a report on the alleged Syrian gas attack–and what the U.S. might do about it–was accompanied by a map… of Iran, instead of Syria.

The error was recognized and updated for later feeds, we’re told.

The alleged gas attack was also the lead of Wednesday’s broadcast, this time with the correct map of Syria. 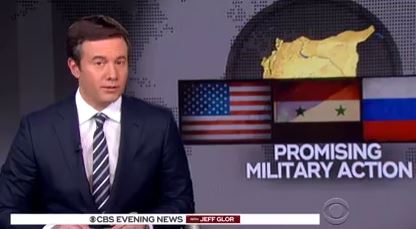