NEXT:Report: Gov. Cuomo May Have Given Family Members, Including CNN's Chris Cuomo, Special Access to Covid-19 Testing
PREVIOUS:Legendary Sportscaster Dick Stockton Is Retiring After 55 Years in the Business 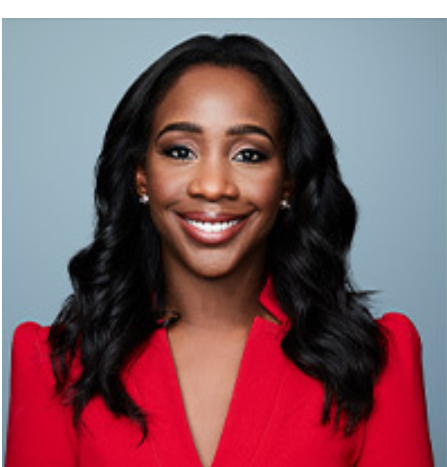 CNN Inside Politics Sunday host Abby Phillip was interviewed by CBS This Morning’s Gayle King in a special Q&A for The Cut. The interview was wide-ranging. Here’s the section about Phillip’s experience hosting CNN Sundays at 8 a.m. This is her first time hosting a cable news show.

King: You have a new show, Inside Politics. How is that going for you?

Phillip: Every week is a process of thinking, How do I maintain the integrity of the show? So we’ve done a story about a woman named Claudette Colvin — before Rosa Parks refused to get off the bus, she did the same thing, and she was 15 years old. She was part of the Supreme Court case that desegregated buses. More recently, we interviewed Daniel Kaluuya, from Judas and the Black Messiah. Those are all themes I want to continue to explore through the show. I want to use it in part to revisit moments in history that don’t get enough attention.

That’s a theme of the book I’m writing, too — it’s about Jesse Jackson’s 1988 presidential campaign. People know Jesse Jackson for all kinds of reasons, but people don’t really talk about his political work. If they do, though, it’s to say the same thing: If he hadn’t run, it’s not clear that Barack Obama could have won. Back then, Jesse Jackson activated Black voters and created this very powerful Black electorate — it’s probably why Joe Biden is president right now.

King: Jesse Jackson might’ve been the first politician I ever interviewed, when I was a baby reporter. I was so nervous my hand might’ve been shaking. And he was asking me about the job, and he said, “Well, I’ll just say this to you. Excellence is the best deterrent to racism. So be excellent.” I never forgot that. Now people are looking at you to share your thoughts: What’s Abby thinking, what’s Abby going to do, what is Abby saying? They’re not going to you last anymore, Miss Phillip.

Phillip: It is weird. The higher you climb, the more you have to deliver something that people really value. But I want to keep up with my own life as well.

CBS 48 Hours executive producer Judy Tygard recently spoke with Pittsburgh-based Trib Live. She discusses her Pittsburgh roots and her journalism, although she quipped,  “Western Pennsylvania is not a hotbed of ‘48 Hours’ stories.” Tygard also referred to 48 Hours as “the original docu-series” in an era when the format has grown in popularity.

“These are long-form, hourlong stories devoted to a single case and the difference (between this and local news) was the ability to dig in and really sink your teeth into a story and get to know the characters,” Tygard said. “There’s a lot more room for nuance. I also quickly discovered I did not enjoy covering politics at all. I just prefer murder to politics, especially these days.”

CNN senior international correspondent Arwa Damon spoke with People magazine about the work she’s doing with her charity INARA, a Lebanon-based operation that has raised almost $4 million and assisted with more than 408 cases of injured children (primarily in war zones) since its launch in 2015.

“As human beings who share a planet, we have a moral obligation to care and educate ourselves about what’s happening in other places,” Damon adds. “I wish we lived in a kinder world, where being a ‘humanitarian’ was not a thing that was applauded, but rather the norm. I fundamentally believe that we can do better by each other, but for some reason, it’s something we have to fight for. It’s what I fight for.”