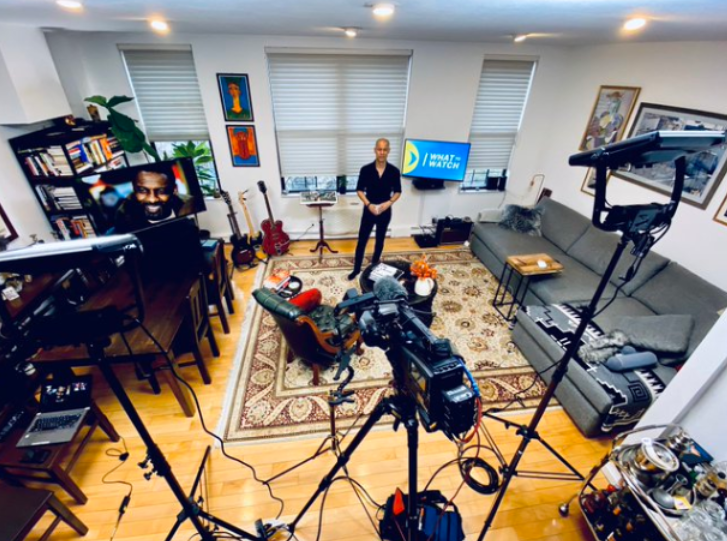 As NBC Nightly News anchor Lester Holt gears up for his 10th Olympics at NBC, he was profiled by multiple news outlets. His interview with the Wall Street Journal was published this past Tuesday, and it focuses his fitness regimen at home and on the road. In addition to sharing his fitness regimen, Holt also shared his diet:

Breakfast: Yogurt with blackberries and cinnamon.

Cheat: “When I anchored ‘Weekend Today,’ it was my routine to come home and make pancakes or Belgian waffles and I drowned them in maple syrup,” he says. “Thankfully, I broke that habit and now indulge once every six weeks.”

Lunch: A grilled chicken sandwich from the newsroom commissary. “If I’m really good, I only eat half the bread,” he says.

Dinner: “My wife is a tremendous cook,” he says. “She’s a Seattle girl, so we eat a lot of salmon, often with broccoli and pasta.”

Temptations: “When I’m covering breaking news and we’re set up in a parking lot, someone always makes a run for doughnuts or candy and chips,” he says. “It’s very tempting, because when I’m tired I crave carbs.”

Sweet tooth: “It’s a constant battle,” he says. “I’m a big label reader and try to avoid sugar, but when I’m on the road, I fall off the wagon.”

Holt also spoke with The Hollywood Reporter for part of a broader Olympics piece. He said the last time he was in Japan was 10 years ago, covering the aftermath of the Fukushima nuclear power plant disaster. He and his team evacuated Fukushima after a second explosion rocked the plant: “We were on the ground there, and the decision was made to get out as quickly as possible,” Holt recalls, adding that they took refuge for a day or two at a ski resort in the mountains. “I made my way back to Tokyo, where I was met by an expert that NBC had hired, with a Geiger counter. They actually found radioactivity — a very trace amount — on our shoes. So my shoes were bagged and left in Japan, and I left shortly after.”

CBSN anchor and CBS News correspondent Vlad Duthiers was recently profiled by The Purist magazine for its July 2021 issue: “Every day, I marvel at what people can do. No matter where we are from, no matter our race, ethnicity, religion or creed. And I get to wake up every morning to a job where I get to witness these moments of humanity.”