NEXT:One of the Most Trusted Brands in Media, BBC World News Turns 30 Today
PREVIOUS:#AskNewser: Anchors, Correspondents Recall Their Most Memorable Pandemic Moment During the Past Year 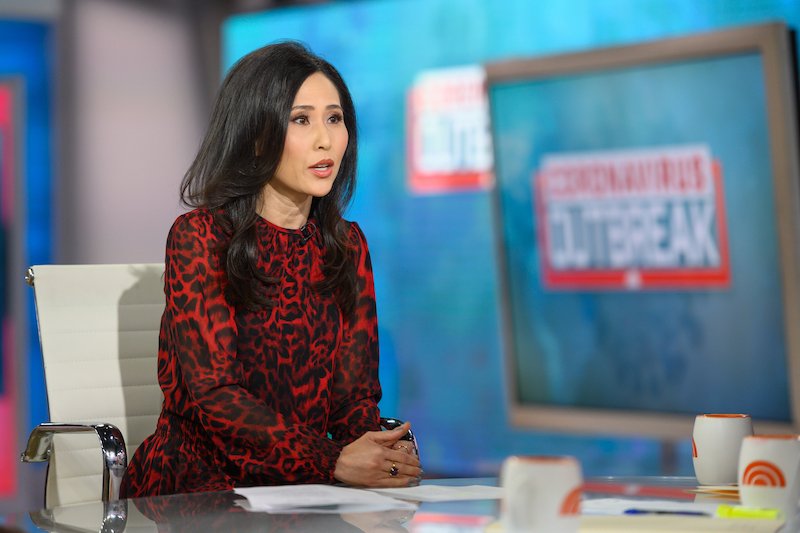 NBC Nightly News anchor Lester Holt was interviewed by Deadline  in advance of the NBC News special Covid One Year Later: Life After Lockdown, which he anchors with Savannah Guthrie tonight. The special marks the one-year anniversary of the start of the Covid-19 lockdowns.

When asked how work is different now versus when the lockdown first started, Holt replied: “Basically I’m anchoring at 30 Rock and our main studio generally three days a week and then two from my home studio. Once my turn comes up for the shot and I am fully vaccinated, it is my intent to come full time into the studio. But the way it works now is I can go there. I have very limited interaction with folks, other than shouting through the doorway of my office. And when I’m in the studio, it’s just me and one camera operator who is a good 12 to 15 feet away. We’re taking all the usual precautions with masks when I’m not on camera. I feel very comfortable with it, but I gotta tell you, I’m anxious to not only spend more time in the office but for the day when we can bring more of our colleagues back into the office, and then it’ll be like the old days.”

Holt’s NBC News colleague, Investigative and Consumer Correspondent Vicky Nguyen spoke to People and Parade about the increasing discrimination toward the Asian American community. She hosted an hour-long special on NBC’s streaming news service NBC News Now Wednesday, and the program is on demand.

As she has gotten older, Nguyen, who is Vietnamese-American, has come to understand just how problematic and real racism against the AAPI community is: She tells Parade: “There is a history of this that dates back hundreds of years. I want people to understand this history, and also understand that Asian Americans have been huge contributors to this country. And if you have any notion that Asian Americans don’t experience poverty or racism, that’s a myth.”

MSNBC’s national political correspondent Steve Kornacki is profiled by W Magazine. In addition to being known for his acclaimed 2020 presidential election coverage, Kornacki contributed to NBC Football Night in America last season. When asked if sees corollary between sports and politics these days, he replied: “The tribalism of sports is seeping into our politics. In sports, if the ref makes a call and it goes against the home team, it doesn’t matter if the call is right or wrong, the crowd is going to jeer. And if the call goes in the home team’s favor, the crowd is going to cheer, and again, it doesn’t have anything to do with whether the call itself is right or wrong. It has to do with, did it help or hurt the team we’re cheering for? That’s a healthy thing in sports, but I don’t think that’s a healthy thing in politics.”

She tells the New York Post: “I also wanted this book to include some life advice, so that young people wouldn’t worry their young lives away, so I talk about serenity and my own journey of finding peace and some space. I find that once I had a little bit more of that, then my career really started to take off.”

Here’s Perino on NBC’s Today show earlier this week chatting with Savannah Guthrie and Hoda Kotb about the book:

Former White House press secretary @DanaPerino joins us to talk about her new book, “Everything Will Be Okay,” and her message for young women. pic.twitter.com/BvCekl7FYd