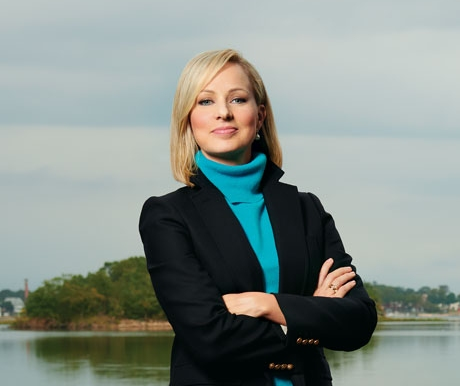 Westchester magazine interviewed a number of female TV newsers for its most recent issue, a number of whom we featured in a previous post.

In addition to the previously-featured trio, the magazine featured a number of Fox Newsers.

They include Westchester resident and America’s Newsroom anchor Sandra Smith:

While Smith may naturally filter the news through a business lens, she firmly rejects the notion of any other kind of bias, although such charges are often leveled at her network. “I certainly can’t speak for all journalists; I speak for myself,” says Smith. “People believe it is hard to keep opinion out of journalism, but that’s what I try to do every day.”

A Hartsdale resident, breast cancer survivor, and Fox Business anchor and personal finance reporter Gerri Willis told the magazine that staying ahead of the accelerated news cycle is no easy task: “The headlines are fast and furious, and the topics are complicated — most political issues are infused with economic ones…There’s so much news breaking right now, it’s actually a lot of fun.”

“It’s a dark day for journalism,” Wiehl says. Though her 15-year tenure at Fox did not overlap with the Trump presidency, she emphasizes that “freedom of the press is an absolute” and “a check on government.” Consequently, she advises consuming as broad a media diet as possible.