The elder son has Rett Syndrome, a rare genetic neurological disorder that leads to severe physical and cognitive impairments and, as of now, has no cure.

Engel and his wife, Mary Forrest have conceded that it will be “difficult” to watch baby Theo pass his big brother in terms of developmental capabilities: “You hold a baby like Theo and he’s wriggling. His muscles are moving. When he is upset, he screams with his whole body and kicks his legs with power. It’s something we never saw with Henry. Theo is 1 month today and he’s already trying to roll over. He has little body-builder legs, compared to our previous experience.” 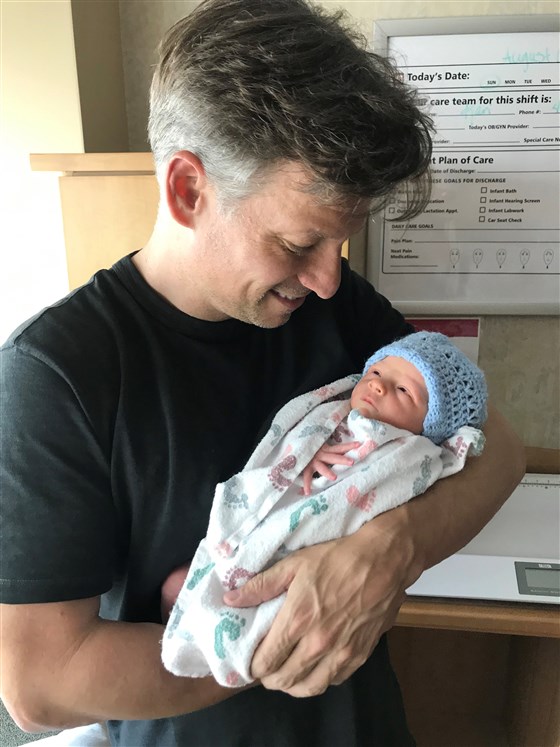 Fresh off signing a new deal with Fox, Maria Bartiromo spoke with multiple outlets about A.I., and her A.I.-themed special which airs Sunday night at 8 p.m. ET on FNC.

MW: Will AI impact retirement, and if so, how?

Bartiromo: Work is shifting. I don’t know how many people you know who retire at 65 and say “all right, I’m going to go hit the hammock.” I am certainly not going to do that. People may retire but they just retire from a job they had for 30 years and then they’ll do something else. I am a firm believer of “never retire” and the reason I say that is because you have to constantly keep your mind going and have to constantly challenge your mind because if you don’t use it, you’ll lose it.

Bartiromo appeared on Jacob Morgan‘s Future of Work podcast to talk about A.I. and how it will impact, you guessed it, the future of work.

“I mean this is today in 2019, we have more job openings than we have people. I mean, the labor force is so tight right now with a 51-year low in unemployment, and jobs are plentiful. I think that will only get worse, whereas there won’t be enough people for the jobs that we need, and the jobs that we have will be able to be filled by computers. I think longer term, you are going to see a massive displacement in work and in jobs. I think the most important thing that people have to do is, first of all, recognize that machines are getting smarter and smarter, and they will take your job. You need to make sure to arm yourself with the right information and education, where you are savvy with technology because if you’re not savvy with technology in the next 10 years, you will be left out.”

Fox News anchor Harris Faulkner spoke with Sheen magazine about her career. When asked what made her want to get into news and become an anchor, she responded:

“My personal headlines are Curious, Confident and Passionate.  That’s what steers me in my journalism adventure.  With each breaking news story, every interview and talk show I co-host, my curiosity drives me to ask tough questions and ones that I believe the audience wants answers to.   Working with my teams across the two-weekday shows I anchor and co-host, my confidence shines through because as a newsroom leader I must inspire those around me to bring their best to the table to make compelling and memorable TV.  And, finally, without passion in my heart for my job, what would be the point?  I could go do something easier with better hours!  But, that’s not even an option because I believe my gifts have made room for me in an industry that is shark-like competitive and important to the national conversations about the most important topics of our time.”