NEXT:CBS This Morning EP Diana Miller Leaves Show
PREVIOUS:Here's How and When Each Network Broke the News that Trump and First Lady Contracted the Coronavirus 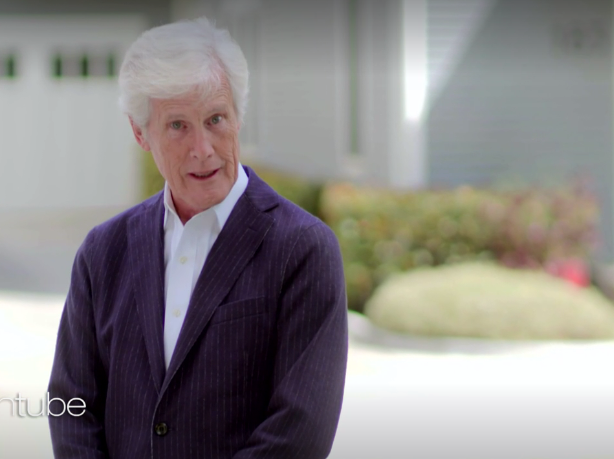 NBC newsers Josh Mankiewicz, Keith Morrison and Chuck Todd are featured in this week’s In Profile.

Mankiewicz and his brother Ben Mankiewicz (of Turner Classic Movies fame) spoke with Deadline about “growing up Mankiewicz.” Many who are either involved in or followers of news and politics may remember that their father Frank Mankiewicz was RFK’s press secretary and the former NPR chief.

Deadline: Josh, a question about Dateline going into the 29th season. True crime is now more popular than ever—what do you make of that?

J. Mankiewicz: I sure didn’t see it coming. When we started doing crime, not only was I not terribly interested in doing it, but I didn’t think this was going to last. And then I did a couple and thought, “Well, this is great.” Reporting is reporting, writing is writing, and storytelling is storytelling. And this works because it’s storytelling. We do not begin the story by saying, “Here’s a guy accused of killing his wife, but it turned out it was my next-door neighbor. Now stick around for an hour and 15 minutes.” We lead you through it.

Ultimately, though, we’re bound by the truth, and we tell the story the way it happened, and if somebody’s not guilty, then they’re not guilty. So I think there’s an audience out there that loves storytelling. I also think there’s an audience out there that likes seeing the system working the way it’s supposed to. And that certainly happens more often than not on Dateline.
You grew up having this interest in current events and your dad was having an impact on them.
J. Mankiewicz: We watched Walter Cronkite every night during dinner at 7 o’clock silently. And then the minute Walter said, “That’s the way it is,” a discussion of what had happened in the news that day would begin. That was pretty much every single day until I moved away from home to go to college.
B. Mankiewicz: I was much shyer than my brother, but I did figure out pretty quickly that, especially when Josh was living there, you had to know what was going on to be able to participate in the conversation. You had to be opinionated, thoughtfully opinionated, to involve yourself in the conversation. … But as I got older, I got more confident that I could talk about something other than sports. I was thrilled by it.

Morrison spoke with People magazine about a half century in the TV business and his massive family.
Regarding that family:

“There’s no describing what a wonder it is,” Morrison says of his wife of 39 years, Suzanne Perry, 72, and six children: stepson and actor Matthew Perry, 51, as well as his son from a previous marriage, Michael, 46, and his and Suzanne’s four kids, Caitlin, 39, Emily, 35, Will, 34, and Madeline, 31. They also share four grandchildren. “When we’re all together, it’s just a brew that you could not mix no matter how hard you tried if you did it by hand.”

On his life in journalism:

Morrison worked at different television stations in Canada and Los Angeles before finding a permanent home at NBC in 1995.

“You’d be amazed how often I find myself musing on stories I may have done 25 years ago,” said Morrison, who has covered every major crime case since he joined the network, including Casey Anthony and the Robert Durst trials.

Though he reports on a number of heart-wrenching stories involving the darkest aspects of life, Morrison’s priorities have always been respect and dignity.

Not surprisingly, Morrison—who has often felt grief and anger for victims and the injustice he’s witnessed—said remaining detached is not an option for him.

“It’s both the blessing and the curse of this job,” he admitted. “It might be a failing on my part as a journalist and if it is, I’ll live with it.”

Chuck Todd spoke with THR to preview the fourth annual Meet the Press Film Festival. The event will appear as part of the American Film Institute’s all-virtual AFI Fest.

When asked what the value of the festival is to Meet the Press, Todd said:

“It’s a way for us at Meet the Press to expand our aperture a bit, if you will. There are always frustrations that we don’t get to some topics in-depth on the show; to me, this is an opportunity to surface them on our airwaves, especially if the issue feels like it needs more coverage. So there’s an editorial aspect that sort of scratches an itch for me.

But also, content is king, man. And I’ve always believed that one of the reasons we get a ton of support internally for this idea is that I think our bosses—all the way up—see the value in bringing a whole bunch of content creators into the NBC family. I mean, we’ve already created relationships that have benefited other parts of the network for other content creation. You might have heard of this little thing called Peacock? [laughs] I do think one of the value-adds for us is we’re getting content—that’s a big deal these days. We’re also an attractive place for these documentary filmmakers to be associated with; they see an opportunity to elevate themselves, because we like to feature as many of these documentary filmmakers on our airwaves, MSNBC and NBC, so there’s certainly benefit there.”