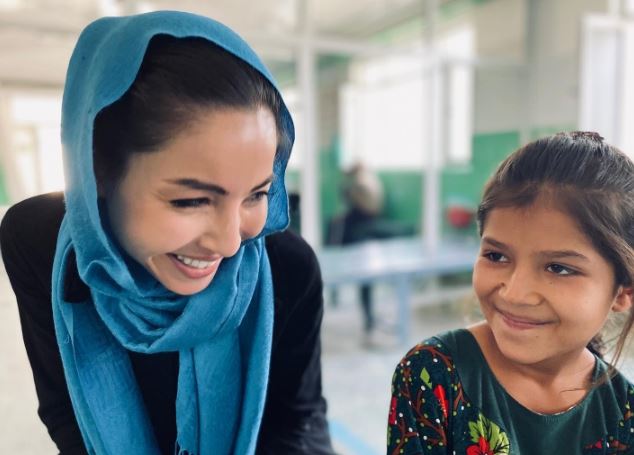 CBS News correspondent Roxana Saberi is coming off quite an eventful week. Like Richard Engel, Clarissa Ward, and others, Saberi delivered on-the-ground reporting from a chaotic Kabul, Afghanistan. She spoke with Elle magazine about her harrowing experience on the ground in Kabul for a piece titled, I Left Behind A Country Full Of Dreams And Uncertainty. When asked what kinds of stories she was trying to tell from Afghanistan, and what was the hardest part about doing so, Saberi responded:

“Stories that show the timeless and universal themes of the longing for peace, the cost of war, bravery, hope, and love of family and country. I’ve been moved by the warmth and resilience of the Afghan people, who have been through so much in such a short time. I’ve also wanted to show the very real impacts that U.S. policies—both America’s presence in Afghanistan and the decision to withdraw all American troops—have had on Afghans’ lives. Many Afghans are too young to remember Taliban rule, and they feared losing certain basic freedoms, including education for girls, that many of us often take for granted.

The hardest part was the difficulty of interviewing and moving around in Kabul after the Taliban arrived, as well leaving the country, knowing that many Afghans are facing such an uncertain future.”

“I originally left my job at CNN to build my own business, but then 60 Minutes+ came along and it was something historical so I had to make that work because it was a dream as well. I work weekends, but I believe it’s a privilege to do what you love. I could be in Jacksonville, Florida, at a QAnon convention [one day] and then the next week, I’m in Michigan covering protests for different militia groups. I’m incredibly editorially involved. I’m not just a face. I love doing the reporting and the writing and coming up with ideas with my producers, and really digging in.

With Dot Dot Dot [Segall’s production company], we’re in development for quite a few shows, so we’re constantly creating new content and audio. I’ve been reporting on technology for my whole career. When I left CNN, I knew I wanted to start a company that was devoted to something we weren’t doing a good enough job of covering: the human impact of technology. It’s been one of the most challenging and rewarding things I’ve ever done, but anyone who says launching a business is easy, I wouldn’t trust.”