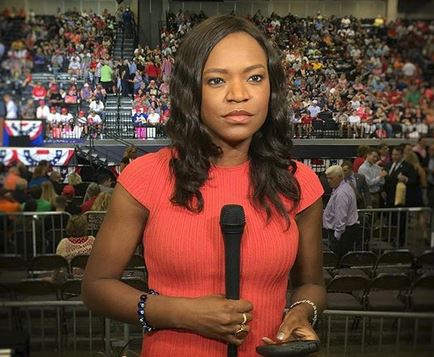 CNN’s Athena Jones, who will soon be moving to CNN New York, writes in Self, about her second battle with breast cancer. “Unlike the first time I was diagnosed, surgery was not going to be enough. Treatment would require four and half months of chemotherapy and seven weeks of radiation. I was loathe to leave the campaign trail in the midst of the biggest story of the year, but was fortunate to have the support of my managers at work—including a boss who had himself been diagnosed with cancer twice in his 30s.”

CNN’s Ana Cabrera talks with Refinery 29 about diversity in the newsroom. “We really should be owning that opportunity to provide perspective, provide a voice that might be lacking,” she said. “For me it has always been about storytelling, a sense of purpose in my career path, and presenting stories that might make a difference in somebody’s life.”

Katie Couric has made many many many millions during her TV news career, but she’s still a bit of a cheapskate. “I could loosen the wallet a little bit and spend more,” Couric said on WNYC’s Death, Sex & Money podcast. “I don’t really love stuff that much. I do like clothes. I do like deals. I don’t like spending a lot of money on things. I think it’s really because I like value. And by the way, P.S. I hate ostentatious people. I hate people who have to kind of present themselves and remind you how wealthy they are. I find that so repulsive.”