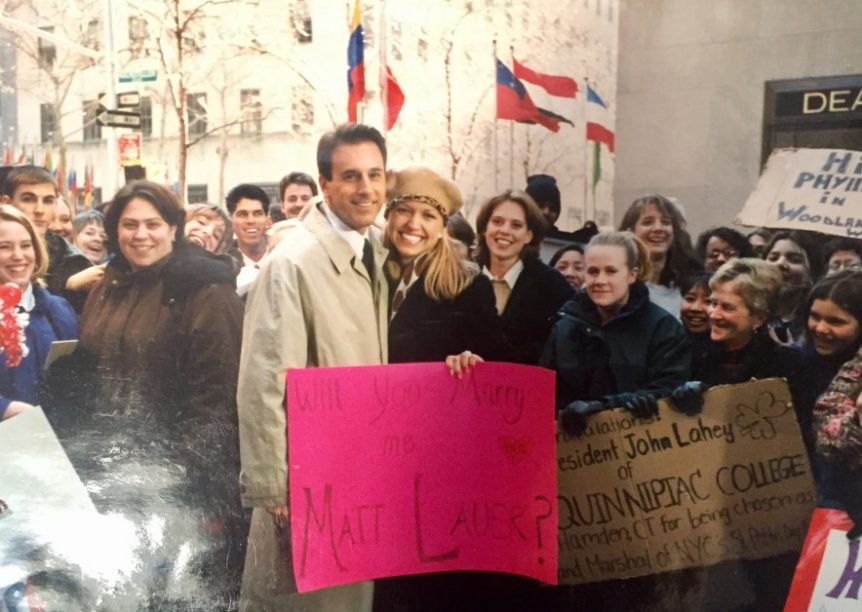 NBC’s Andrea Mitchell sits for a Q&A with WWD: “I think I have a reputation for being really tough and aggressive and pushy but I really am a very shy person who wants to be liked, and that’s the conflict constantly. There’s something that takes hold — I want people to like me, I don’t want to be mean — but if I see something that just cries out to be answered, I go for it, and think, ‘Oh my god, I can’t believe I did that.’ My mother used to say to me, ‘How could you be so rude, shouting at the president when he goes to the helicopter?’ I’d say, ‘Well, he kind of expects it.'”

FNC’s Ainsley Earhardt talked with Extra about her days long before Fox News, when she appeared briefly on the Today show as a fan: “We came here to Rockefeller Center and I held up a pink poster board that said ‘Will you marry me Matt Lauer?’ So Al Roker made this big joke about will you marry this girl, and he said ‘yes.’ And he said, ‘I want to register at Tiffany’s.'”

FBN’s Trish Regan, who is also a classically-trained opera singer, was asked by Investor Place what song best describes the stock market today: “For sure, this year has been operatic. I’d go with “Libiamo ne’ lieti calici” also known as the “Brindisi” song from La Traviata by Giuseppe Verdi. It’s a happy song with everyone toasting the future. It’s full of promise. And, that’s definitely the stock market this year.”