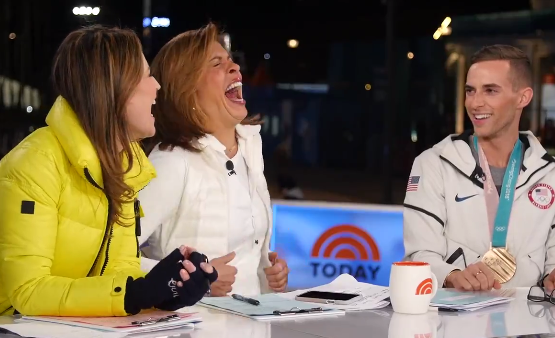 A couple of milestones in the just-completed February, 2018 Sweeps.

ABC’s World News Tonight finished as the most-watched evening newscast for the month. It’s the first time since the 1992 Summer games in Barcelona that ABC topped NBC during an Olympics. (It should be noted Nightly News aired out of its normal timeslot in 25 percent of the nation those two weeks.)

Lester Holt‘s Nightly News won the A25-54 demo and was up +3 percent from last February. Nightly has finished first in 10 of the last 11 sweeps months in the demo.

In the mornings, with a boost from Olympics coverage in Pyeongchang, NBC’s Today show with Savannah Guthrie and Hoda Kotb had its first across-the-board February sweeps win since 2012. Today also had its largest A25-54 February win over ABC’s Good Morning America since 2012.