NEXT:Abby Huntsman Announces She's Pregnant
PREVIOUS:Trump Isn't Under Investigation. Unless He Is. But He's Not. But He Could Be. 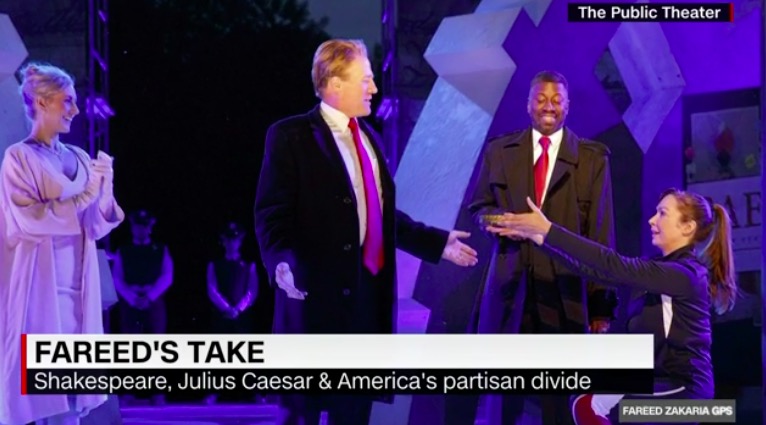 On his CNN show today, Fareed Zakaria will take up the issue of increased political polarization in the U.S.

This past week, he became a central character in the political divide, pilloried for his appreciation of a Central Park performance of Shakespeare’s Julius Caesar in which Caesar, who is assassinated in the end, resembles Pres. Trump.

“I received a barrage of attacks, many of them quite nasty,” said Zakaria. “But the central message of Julius Caesar is that the assassination was a disaster, leading to cviil war, anarchy, and the fall of the Roman Republic,” Zakaria explained.

“Political theater is as old as civilization… something to be discussed not censored.” WATCH: