NEXT:Jamie and Brian Stelter Welcome a Baby Girl Into the World
PREVIOUS:MSNBC Wins Its First Week Ever in Prime Time 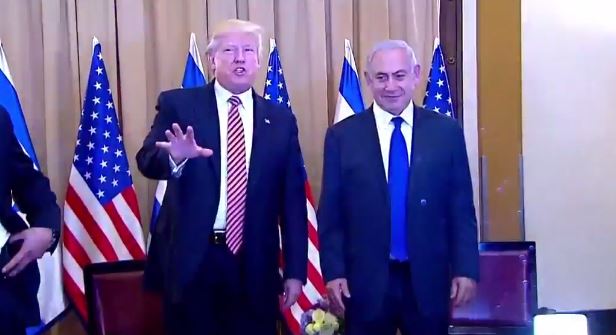 When the news media was brought in at the end of his meeting with Israeli Prime Minister Benjamin Netanyahu in Jerusalem today, Pres. Trump took a moment to clear something up about his meeting with Russian diplomats earlier this month.

It was during that White House meeting on May 10 (we would learn later from the Washington Post) that Pres. Trump revealed highly classified information from an ally (Israel) to the Russians.

After a week’s worth of reporting about what was said, and what damage it might have done, Pres. Trump said unequivocally today, “I never mentioned the word or the name Israel, never mentioned it, during that conversation. They were all saying I did. So you had another story wrong.”