NEXT:Stephen Colbert Pays Tribute to Chris Licht: 'I Didn't Know Whether I'd Like Him, But 6 Years Later, I Love You'
PREVIOUS:Saturday, Feb. 26 Scoreboard: For the First Time in Months, CNN Is No. 1 in the Primetime Demo 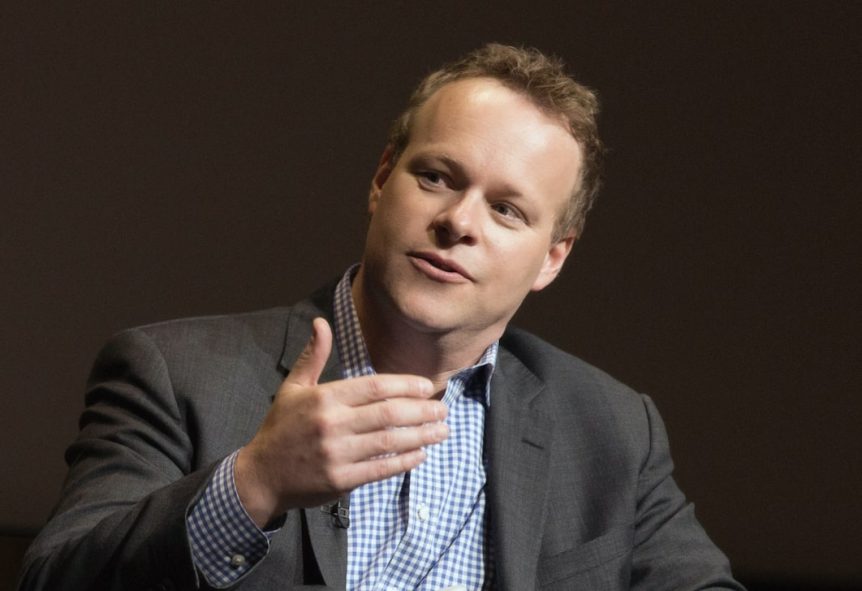 To steal a phrase from the White House, Chris Licht knows how to “build back better.” The newly-appointed president of CNN is an expert producer and showrunner. He improved MSNBC’s mornings in 2007 by co-creating and executive producing Morning Joe. The cable channel previously aired a simulcast of Dom Imus’ radio show in the mornings, but that was canceled after Imus made racist remarks on his show about the Rutgers women’s basketball team. Licht filled the opening with Morning Joe, a political news conversation hosted by Joe Scarborough, with Mika Brzezinski and Willie Geist later joining him as co-hosts. Morning Joe provided MSNBC a unique identity in the morning television and is now one of the most popular franchises on cable news.

Licht left MSNBC for CBS News in 2011. As vp of programming, he reimagined CBS’ weekday morning franchise with the launch of CBS This Morning, a new show delivering two hours of hard news each morning. No cooking segments or Halloween costumes to be found. Licht had never produced a broadcast morning show prior to CTM (now known as CBS Mornings). Yet, under his leadership, the show developed gravitas and even its ratings improved over time.

He made the move from news to CBS late night in 2016 by joining The Late Show with Stephen Colbert as executive producer and showrunner. Never having worked in late night, Licht stepped in and retooled the iconic broadcast with an emphasis on covering current events, conducting interviews with newsmakers and live broadcasts tied to political events, all while leveraging Colbert’s topical comedic chops. Licht’s changes to The Late Show are a major reason why it’s the most-watched show in late night.

Licht’s “against the odds” story extends to his personal life. He survived a brain hemorrhage more than a decade ago, which is the focus of his 2011 book What I Learned When I Almost Died. That experience changed his outlook on life.

As the new chairman and CEO of CNN Global, Licht has yet another challenge on his hands, the biggest of his professional life. What will Licht do with this iconic media brand? Well, even he doesn’t really know yet.

“I know you have a lot of questions. Perhaps the biggest one is how will CNN change? The honest answer is that I don’t know yet,” Licht wrote in a memo to CNN staff released Monday. “[Incoming Warner Bros. Discovery CEO] David Zaslav has given me one simple directive: To ensure that CNN remains the global leader in NEWS as part of Warner Bros. Discovery.”

Is the goal to be No. 1 in the ratings, or is it to stick with hard news throughout the day? It’s tough to be both, especially when it comes to cable TV. For now, the goal seems to be the latter. The network’s media reporter Brian Stelter writes, “[David] Zaslav has said that CNN’s credibility is paramount, not ratings or profits, indicating a willingness to sacrifice short-term gains for long-term reputation.”

Licht’s former colleague at MSNBC, Joe Scarborough recently told THR that Licht may reinvent CNN primetime. “I think the biggest change you are going to see at CNN, especially in primetime, is I think you are going see a lot more hard news and a lot less opinion,” Scarborough said. “He just doesn’t have space in his head for that.”

CNN’s 9 and 10 p.m. hours have housed analysis programming in recent years. The 9 p.m. hour has been without a permanent host since the exit of Chris Cuomo last December, and Don Lemon is currently installed as the network’s 10 p.m. host. It will be interesting to see what Licht does with 9 p.m., in particular. Will he buck Scarborough’s statement and stick with analysis, or will he go with something in the mold of a primetime newscast? Will the new host be an internal hire or will the well-connected executive bring in someone from the outside to lead the hour?

Then, there’s the new streaming service, CNN+, which is poised to launch right before Licht takes the reins. Will he tinker with programming or overall strategy? Will CNN+ end up as part of a wider bundle after the merger? It also remains to be seen just how big of a role CNN will play in the new Warner Bros. Discovery.

Licht and his predecessor Jeff Zucker have one thing in common: They’re both proactive. Licht will most certainly be involved in all things CNN, although maybe not to the extent that Zucker was. He told staff Monday in the aforementioned memo that he plans “to do a lot of listening,” and that he wants their “candid thoughts and feedback.

“Our viewers demand the trust from us, and I want to learn the truth from you,” he added.

If past is prologue, CNN staffers will be very vocal about what they want going forward.

Licht has never run a network before, much less one with the size and scale of CNN.

It’s time for him to beat the odds again.