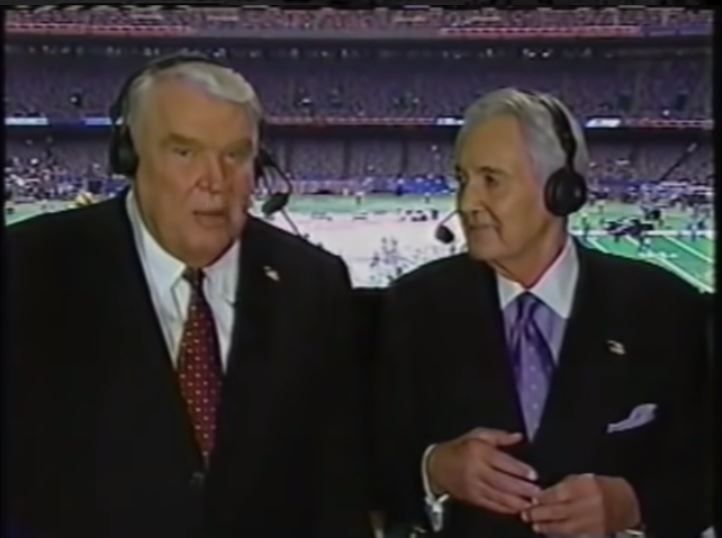 Sad news coming out of the sports world this evening: Iconic sportscaster and Hall of Fame NFL coach John Madden passed away Tuesday morning at the age of 85.

“On behalf of the entire NFL family, we extend our condolences to Virginia, Mike, Joe and their families,” NFL Commissioner Roger Goodell said in a statement. “We all know him as the Hall of Fame coach of the Oakland Raiders and broadcaster who worked for every major network but, more than anything, he was a devoted husband, father and grandfather.

“Nobody loved football more than Coach.  He was football.  He was an incredible sounding board to me and so many others. There will never be another John Madden and we will forever be indebted to him for all he did to make football and the NFL what it is today.”

Madden was named head coach of the Oakland Raiders in 1969, when he was just 32 years old. He went on to have a 103-32-7 record as head coach of the Raiders over a 10-season run, which included a victory in Super Bowl XI over the Minnesota Vikings.

After a relatively short, yet extraordinary career as an NFL coach, Madden would go on to work for each of the four broadcast networks that televised the NFL. He is best remembered for his longtime on-air partnership with Pat Summerall, who passed away in 2013. Madden and Summerall called NFL games together for 21 seasons (1981 through the 2001-’02 season), first at CBS and then at Fox after the Rupert Murdoch-owned network gained rights to the NFC in 1994. Madden later teamed up with Al Michaels to call Monday Night Football on ABC from 2002-05 and then Sunday Night Football on NBC from 2006-2008.

Madden’s final broadcast was Super Bowl XLIII on Feb. 1, 2009, a 27-23 win by the Pittsburgh Steelers over the Arizona Cardinals.

A Pro Football Hall of Fame inductee (2006), Madden earned 16 Sports Emmy awards for his broadcasting and was an analyst on 11 Super Bowl telecasts.

One sports television icon remembers another this evening:

I was saddened to hear about the passing of John Madden, at age 85. One the all-time greats, he showed me the ropes during our brief football partnership. He was always kind and delightful. He can now join his former partner, Pat Summerall, in calling Super Bowls in heaven.