NEXT:More Viewers Watched CNN For Coverage of Biden, Harris Prime Time Speeches Than Any Other Network
PREVIOUS:Here Are TVNewser's 5 MVPs of Election Week 2020 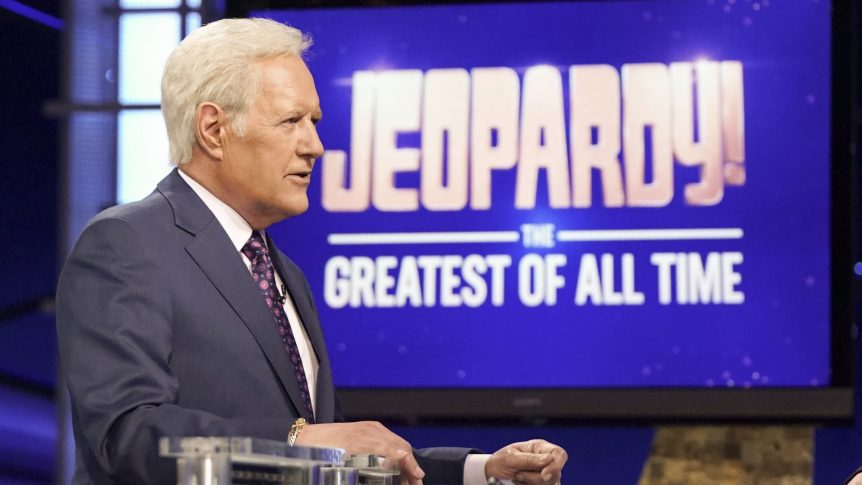 The longtime host of the iconic syndicated game show Jeopardy!, Alex Trebek passed away Sunday at the age of 80 after a 20-month-long battle with stage 4 pancreatic cancer.

Jeopardy! is saddened to share that Alex Trebek passed away peacefully at home early this morning, surrounded by family and friends. Thank you, Alex. pic.twitter.com/Yk2a90CHIM

Trebek kept working after his March 2019 cancer diagnosis, and hosted Jeopardy! The Greatest of All Time tournament in January, episodes which drew massive audiences.

The native Canadian, Trebek was named host of the game show in 1984, and hosted more than 8,200 Jeopardy! episodes over nearly 37 seasons, and set a Guinness World Record for hosting the most episodes of a single game show. He also received 7 Daytime Emmys.

Sony Pictures Television, the company that produces Jeopardy!, said Sunday afternoon that Trebek’s last day in the studio was Oct. 29, and that episodes hosted by him will air through Christmas. The show “is not announcing plans for a new host at this time.”

In January, Trebek appeared at the Television Critics Association’s winter press tour and said that he didn’t plan on retiring in “the near future,” adding, “As long as I feel my skills have not diminished too much … then I’ll continue doing it.”

Trebek admitted that he and the show had been operating under a brighter spotlight since he revealed his cancer diagnosis. “The pity factor … is out there,” Trebek said. “People have been so kind.”

There is a strong connection between Jeopardy! and television news. You’ll often find newsers are clues, answers (questions), or even categories during any given broadcast. Many Jeopardy! fans are familiar with the Jeopardy! Power Players series, which are contests shot in Washington D.C., featuring prominent on-air personalities and journalists playing for their favorite charities.

Anderson Cooper appeared on the game show four times, beginning in 2004, and most recently in 2016.

Here’s Cooper back in 2012 giving AC 360 viewers a behind the scenes look at his Jeopardy! appearance:

ABC News will air an hour-long 20/20 special dedicated to the life of Trebek Sunday at 10 p.m. ET on ABC.