NEXT:Eric Bolling's Son Has Died
PREVIOUS:Hurricane Irma Sunday 11 a.m. Notes: 'We Could Be Swimming Where I'm Standing Within the Next 18 Hours' 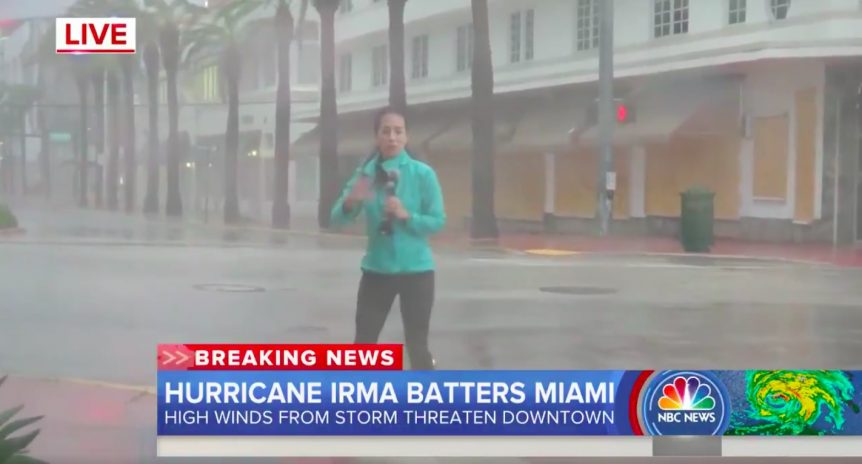 Hurricane Irma has arrived and the TV news networks are going full bore with coverage.

Mariana Atenció is being blown around on Miami Beach for both NBC and MSNBC. Kyung Lah got the Miami Beach assignment for CNN. She’s on Ocean Drive just across from the beach, but probably won’t be for long. “It hurts. The rain pelting against you hurts,” she explained to Jake Tapper.

Weather Channel’s Mike Seidel is getting battered in Miami, with the network’s meteorologists fanned out throughout Florida.

CNN’s Bill Weir is in Key Largo. “If you own a power washer, imagine taking it in the face,” Weir explained, who was under a solid concrete breezeway, but still getting blown around.

FNC’s Shepard Smith is putting his Florida roots to work on Fox News. He was working at WBBH in Ft. Myers during Hurricane Andrew in 1992 and has also worked at WKMG in Orlando (then WCPX) and WSVN in Miami. In Key Largo for Fox: Adam Housley “We’re getting gusts of 100 mph and we’re 60 miles from the eyewall,” Housley said. “When it gets to bad we’re going to go inside and ride this thing out.”

Key West resident talks to @PaulaFaris over howling winds as eye wall nears: “You can hear it – this is through concrete buildings…" pic.twitter.com/0SzZdsXqP2

On the Today show, with Matt Lauer and Savannah Guthrie anchoring, Miami’s mayor talked about how crews couldn’t get to a woman who was giving birth, so they talked them through the delivery process by phone, until a rescue crew arrived and got them to Jackson Memorial Hospital. “I don’t think she’ll be naming her Irma,” the mayor joked.

NBC’s Lester Holt and Al Roker have moved to Tampa: “As of right now the western part of Florida is going to take a pretty hard hit, if not a direct one,” Holt said on MSNBC.

NBC’s Gadi Schwartz is in Key Largo. He shot this video this morning:

A 3-hour CBS This Morning with Gayle King, Charlie Rose and Norah O’Donnell wrapped up at 9 a.m. at which point Irma coverage continued on Sunday Morning with Jane Pauley. CBS will return to a special report at 11 a.m. just before the season premiere NFL Today.

Just mentioned I saw a piece of wood fly off a building during my liveshot. Look what it did to this car. #Irma @CNN pic.twitter.com/QroQBkJM6f 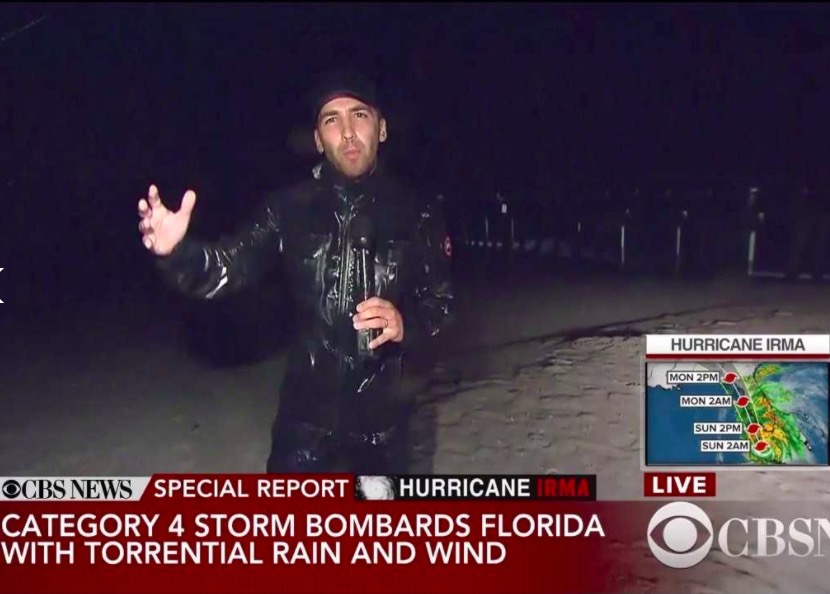 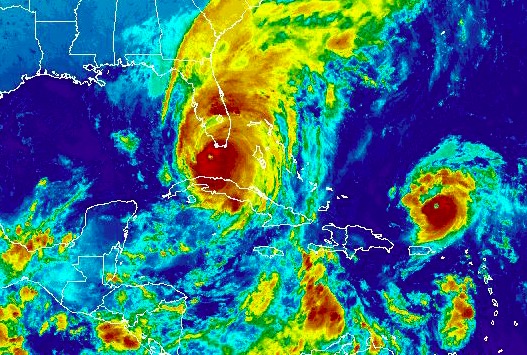