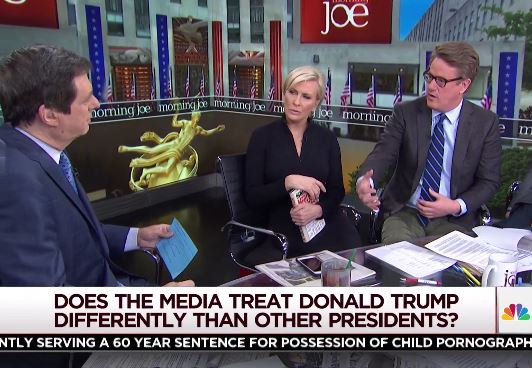 Kurtz is out promoting his new book Media Madness: Donald Trump, the Press and the War Over the Truth.

In the book Kurtz takes the news media to task for falling into Trump’s trap and saying some journalists “have a cultural disdain” for the president, leading to “freak-out” coverage of him.

Joe Scarborough prefaced his first question, saying that it can be “really tiresome” talking about your own network. “I didn’t want to talk about Keith Olbermann or anybody else,” Scarborough said, then saying, “let’s get the Fox News question out of the way.”