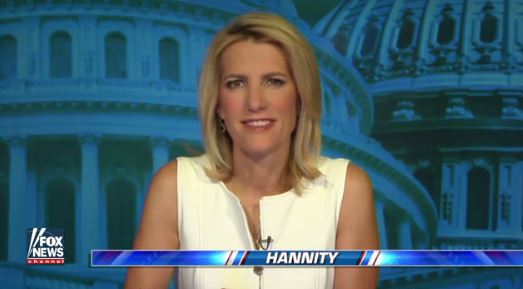 When her new show launches next week, will Laura Ingraham follow the lead of other FNC opinion hosts giving deference to Donald Trump, or will she be tough on the commander in chief?

“You know, he’ll probably, uh, be irked,” Ingraham told the New York Times in a profile out today. “We are friends, but friends tell friends when they go off course. And I’m sure he’ll tell me when he thinks I’m deviating from what’s proper and thoughtful. And I’ll do the same with him.”

Ingraham, a former host for MSNBC who has been a contributor at Fox News for the last decade, says she talks to Trump a few times a month. “Sometimes, I call him, and occasionally, I’ll get a call,” she said.

The Times’ Michael Grynbaum caught up with Ingraham who is on a book tour and campaigning for conservative congressional candidates like Kelli Ward of Arizona.

Fox News hosts are not usually allowed to stump for candidates, but Ms. Ingraham was granted an exception because her show had not yet begun. An ardent nationalist, a Trump confidante, and a foe of open borders, Ms. Ingraham said in an interview with The New York Times that she wants to represent “the working-class, populist sensibility that is the beating heart of the Republican party right now.”