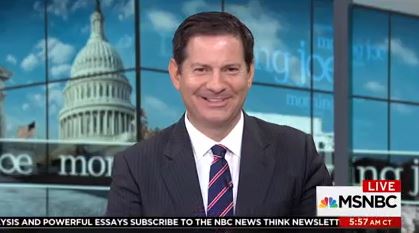 Mark Halperin has been suspended by MSNBC and NBC News after a damning report of multiple instances of sexual harassment earlier in his career.

Halperin, a former Bloomberg host, author of the political best-seller Game Change, and co-host of the Showtime show The Circus, has been accused by 5 women of sexual harassment during his time as political director at ABC News in the early 2000s. CNNmedia first reported the news:

The stories of harassment shared with CNN range in nature from propositioning employees for sex to kissing and grabbing one’s breasts against her will. Three of the women who spoke to CNN described Halperin as, without consent, pressing an erection against their bodies while he was clothed. Halperin denies grabbing a woman’s breasts and pressing his genitals against the three women.

“During this period, I did pursue relationships with women that I worked with, including some junior to me,” Halperin said in a statement to CNN. “I now understand from these accounts that my behavior was inappropriate and caused others pain. For that, I am deeply sorry and I apologize. Under the circumstances, I’m going to take a step back from my day-to-day work while I properly deal with this situation.”

“Mark Halperin is leaving his role as a contributor until the questions around his past conduct are fully understood,” MSNBC said in a statement. “We find the story and the allegations very troubling.”

“Mark left ABC News over a decade ago, and no complaints were filed during his tenure,” ABC News said in a statement.

After their Bloomberg show was canceled last November, Halperin and John Heilemann signed on with MSNBC. Halperin was given the title of senior political analyst.

Halperin was infamously suspended from MSNBC once before, in 2011, when he called Pres. Obama “kind of a dick” on Morning Joe. 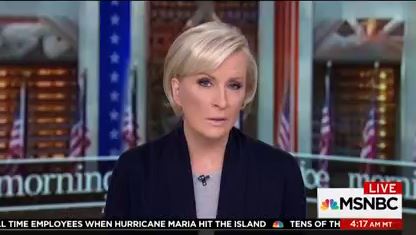 Halperin was last a guest on Morning Joe on Tuesday.

This morning, Mika Brzezinski reported, “Now to a story that broke overnight, involving someone you see around this table every day. CNN is reporting allegations about our friend Mark Halperin…We will be following this story as it develops. I’m sure we will be talking about it again when we know more.”

CNN and Fox News each took the opportunity to send out mobile breaking news alerts this morning about their competitor.