NEXT:Fox News's Jay Wallace: 'As Much As People Want to Try to Pit News Versus Opinion, This Place Was Built on Doing Both'
PREVIOUS:Evening News Ratings: Q4 2017 & Week of Dec. 25 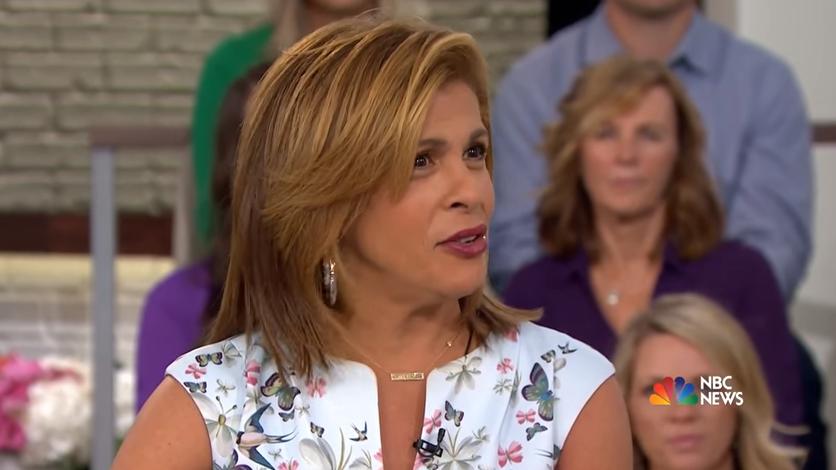 The most notable news about the news yesterday was NBC News’s decision to go with Hoda Kotb as the new Today show co-anchor, replacing the disgraced Matt Lauer, who was fired right after Thanksgiving for alleged “inappropriate sexual behavior in the workplace.”

“This is the most popular decision NBC News has ever made,” said Savannah Guthrie at the beginning of Tuesday’s broadcast.

Kotb, already familiar to Today viewers for her gig co-hosting the 10 a.m. hour with Kathie Lee Gifford, is now part of the first permanent, all-female morning anchor duo in the show’s long history.

Kotb said she received a warm congratulations text from Lauer, but her paycheck reportedly won’t come close to matching his.

Page Six is reporting that Kotb has landed a $7 million per year deal, which matches Savannah Guthrie‘s. News media analyst Andrew Tyndall reports her salary is closer to $5 million. Whatever it is, it’s nowhere close to the $20-25 million annual salary Lauer was reportedly making at NBC News.

The departure of Lauer means that Megyn Kelly is now the highest-paid NBC News personality, making as much as $20 million for hosting the 9 a.m. hour, an hour that draws only a fraction of the average 7 – 9 a.m. audience.

Kotb will rise and shine at 4 a.m. for the flagship 7 – 9 a.m. broadcast, will record updates for the West Coast, and will continue to host the 10 a.m. hour with Gifford. That’s 3 hours on-air per day.

Page Six also reported that if Kotb — whose new contract currently keeps her hosting with Gifford — does decide to leave the 10 a.m. show, Gifford wants one of her friends to join her, such as Marlo Thomas or Kris Jenner.