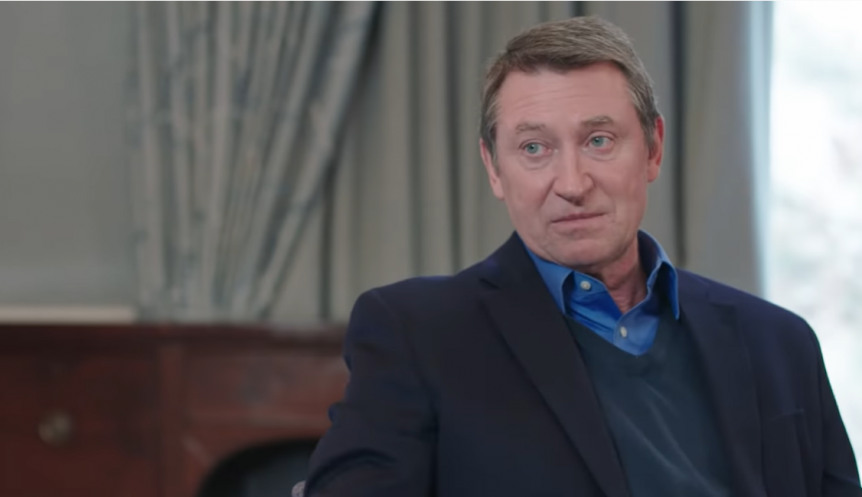 Widely considered the greatest player in National Hockey League history, Wayne Gretzky is heading to Turner Sports as a studio analyst for its coverage of the NHL.

Gretzky and Turner have reached a multi-year agreement where “The Great One” will provide analysis during the regular season and throughout the Stanley Cup Playoffs.

According to the New York Post, Gretzky will receive around $3 million per season.

Gretzky announced yesterday he was stepping down as vice chairman of the Edmonton Oilers after the Winnipeg Jets eliminated them from the Stanley Cup playoffs Monday.

Albert and Olczyk are NBC’s top announcing duo and will move to Turner at the end of this year’s Stanley Cup Final.

The company made the announcement on Wednesday.

In a seven-season deal with the National Hockey League announced earlier this month, WarnerMedia networks TNT and TBS are going to air half of the league’s national games as part of a split with ESPN, the NHL’s other new media rights partner, and will broadcast three of the seven Stanley Cup Final series throughout the duration of the deal (with ESPN getting the other four).

“This agreement with the National Hockey League brings one of the most prestigious championships in sports to TNT and fuels our entire Turner Sports and Bleacher Report portfolio with even more premium content for many years to come,” WarnerMedia News & Sports Chairman (and CNN Worldwide president) Jeff Zucker said earlier this month. “We’re delighted to spotlight the world’s best hockey league on our leading networks, while continuing to further elevate this marquee property through an ever-expanding array of digital platforms in the years to come.”

NBCUniversal (NBC Sports) has been the lone network rightsholder for the NHL since 2005-06. Its 10-year agreement with the League expires after this season. It was announced in March that ESPN would become the primary network partner for the league, beginning next season, and Turner Sports is the secondary partner in a move few media observers saw coming.