NEXT:Bill Hemmer Tells Us How Vietnam Has Changed Since He Last Reported From There 25 Years Ago
PREVIOUS:CBS 3 Philly Anchor Rahel Solomon Is Coming to CNBC as a General Assignment Reporter 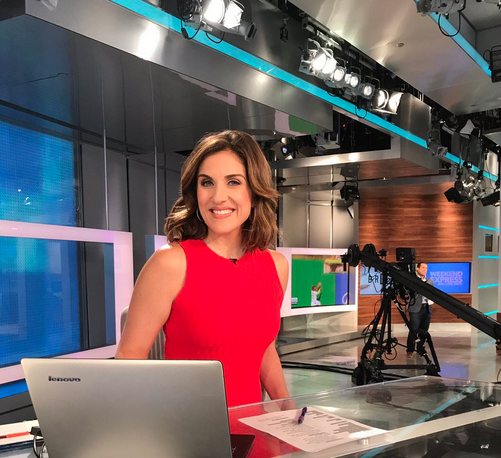 HLN has undergone a number of changes in recent years, most recently replacing its early evening news programming with reruns of Forensic Files and other taped true crime-themed original series. But it hasn’t lost its news focus in the daytime hours, and it’s making some moves to its daytime news anchor lineup.

Weekend Express anchor Lynn Smith will join the weekday lineup beginning Monday, March 11 as the new host of On The Story, which will air Monday – Friday, Noon – 2 p.m. ET. Kerry O’Connor is executive producer of the program. On The Story has been airing on weekdays for three hours, from 12-3 p.m.

Smith will be replaced by Susan Hendricks as host of Weekend Express, beginning March 16. Hendricks, a veteran journalist at HLN, most recently served as a fill-in anchor on the network’s daytime live news programs and hosted the high-rated special on the Delphi murder case, which, following its premiere on February 15, resulted in a surge of nearly 1200 tips to law enforcement. Peter Kaplan is the executive producer of Weekend Express.

Veteran HLN anchor Mike Galanos will host the new daily program True Crime Live, which will Follow in the On the Story and air weekdays in the 2 p.m. hour.

Galanos joined HLN in spring 2002, has anchored live news programs throughout the schedule and celebrated 30 years with CNN in 2018. His new daily program True Crime Live will focus on high profile court cases, mysteries and investigations, with expert guests and an eye toward helping authorities track down fugitives. Viewer involvement will be encouraged via a tip line. Jennifer Williams has been named executive producer of the program.

“We are fortunate to have such a strong roster of talent at HLN. Lynn has done a spectacular job on Weekend Express and Mike and Susan are longtime anchors at the network who excel on so many levels,” said Todd.  This new, robust dayside schedule, led by the popular Morning Express with Robin Meade, positions HLN to best serve viewers with live news coverage of the day’s top stories, followed by a seamless transition to the network’s captivating lineup of long-form mysteries and investigations themed programming” she added.

Smith, who has served as host of Weekend Express from May 2014, returns to the air in her new role following the November 2 birth of her son Ryder.

Excited to FINALLY share the news….I’ll be returning from maternity leave to a new and exciting role as host of On the Story on HLN 12-2pmET Mon-Fri beginning March 11th!!! I hope this little family of mine likes me because they’ve never had me on weekends! Birthday parties and soccer games…here I come. To my Weekend Express family, this show is everything because of you and I am so grateful to have been a part of it for 5 years ❤️. On a personal note, thank you for being patient on my return. Our sweet Ryder spent a week in ICU with RSV and I decided to take a little more time off to give my boys everything they needed. He’s happy and healthy now and we are forever grateful to the amazing team at Children’s Healthcare of Atlanta who spent Christmas with us and gave us the best gift of Ryder’s health. It’s not lost on me how lucky I am to work for a company that supports women and their families. Thank you HLN and @cnn. See you all soon! #onthestory