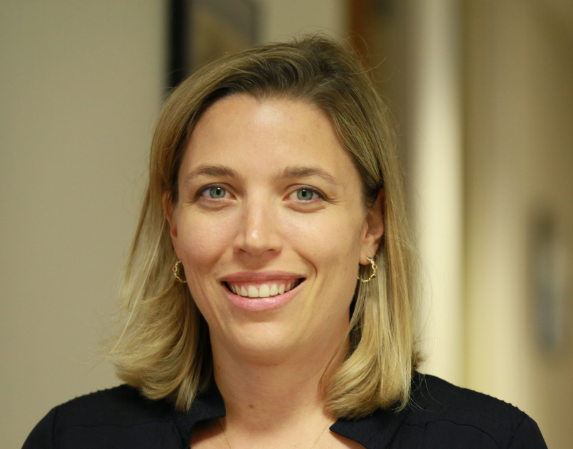 While the Anderson Cooper-Bernie Sanders interview may have made the most news, yesterday’s broadcast of 60 Minutes was just as important (if not moreso) to show staffers for a different reason. It featured producer Katy Textor‘s final story on the air.

Textor succumbed to cancer last June at the tender age of 45, when her story for 60 Minutes was about two-thirds of the way complete.

Her 60 Minutes colleagues Kate Morris and Michael Karzis took over production duties for Vision of Music, a story about 18-year-old pianist Matthew Whitaker, a prodigy who also happens to be blind.

“Producing this story was such a contrast between the joy Matthew Whitaker evokes and the sadness we all feel after losing Katy,” Morris told TVNewser. “As always, we wanted to make the best possible story, especially to honor our colleague and friend.”

“When you watch Matthew [Whitaker] play, he is so joyful. He is so full of life,” Alfonsi told 60 Minutes Overtime. “And that’s Katy. Katy was joyful. Katy was full of life.”

When Textor saw a video of Whitaker playing piano, she knew she had her next story—but she died before she was able to finish it for the broadcast.

Textor was Morley Safer‘s producer during his final years as a correspondent on the broadcast.

“He was always pushing, ‘You can do it, kiddo. You can do it,'” Textor told 60 Minutes Overtime when Safer retired in 2016. “And ‘kiddo’ was one of his terms in the office. You knew you were in good with him if you got a ‘kiddo.'”

Textor continued producing for 60 Minutes throughout her illness, working with other correspondents on stories that included the first televised interview with the whistleblower who exposed the Theranos blood-testing machine fraud, and a particularly insightful story about the Syrian refugee crisis.

Over a 12-year period working with Safer (2004-2016), Textor produced profiles, features and investigations. The biggest news-maker among those stories was the much-anticipated first interview with Ruth Madoff in 2011. Nearly 19 million people watched the wife of Ponzi schemer Bernie Madoff tell Safer she knew nothing about her husband’s long and elaborate multi-billion-dollar fraud. As Textor looked on in the interview, Madoff said she and her husband attempted suicide with medications.

“Katy was as tenacious as they come, in her journalism and in her courageous battle against cancer,” 60 Minutes executive editor Tanya Simon told TVNewser. “We miss her energy and her smile that lit up our offices every day.”

Below, the broadcast’s tribute to Textor.