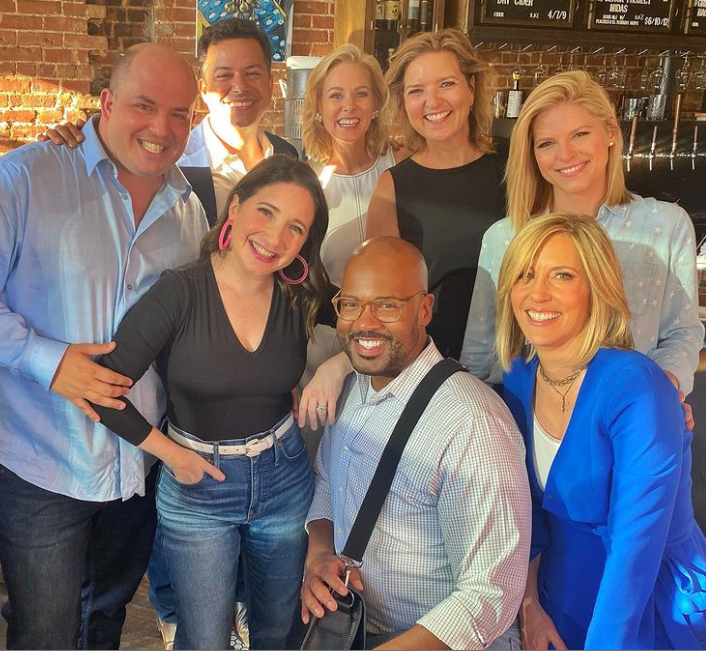 Book parties are back!

CNN’s Brian Stelter (and his wife, NY1’s Jamie Stelter) co-hosted a gathering on Tuesday evening to celebrate the paperback release of his book, Hoax: Donald Trump, Fox News, and the Dangerous Distortion of Truth.

A number of CNN talent and executives (and people who cover them) congregated at As Is bar in Hell’s Kitchen, Manhattan for the festivities.

And CNN chief legal analyst Jeffrey Toobin—who returned to the network last week after a lengthy suspension—made a cameo as well.