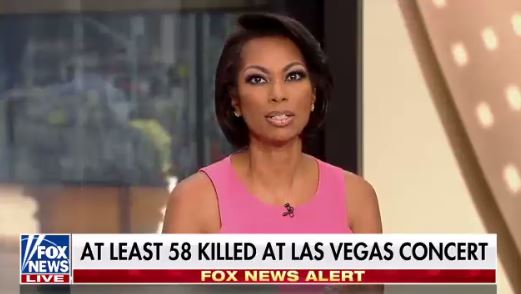 On cable news, today begins a new daytime lineup on Fox News. All shows are giving non-stop coverage to the attacks. Outnumbered Overtime with Harris Faulkner is airing in the 1 p.m. hour. The Daily Briefing with Dana Perino will be airing in the 2 p.m. hour. Fox News’ Shepard Smith is anchoring coverage for affiliates which is also streaming on FoxNews.com.

Katy Tur will take over anchor duties from 2 – 4 p.m. with Williams heading back to the anchor desk from 4 through 6 p.m. ET. MSNBC’s prime time trio of Chris Hayes, Rachel Maddow and Lawrence O’Donnell will host their respective shows from Las Vegas tonight. 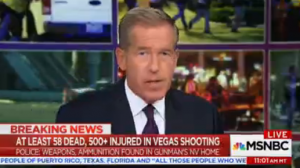 CNN is going with its regularly-scheduled afternoon lineup. John King anchored Inside Politics in the 12 p.m. hour. And Wolf Blitzer is anchoring Wolf in his usual 1 p.m. hour. 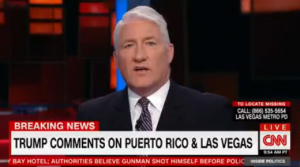