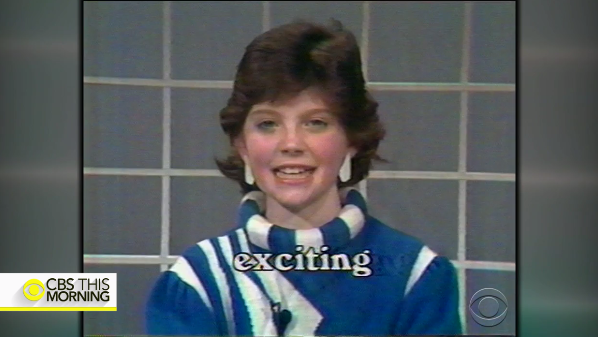 As we told you the other day, CBS’s Norah O’Donnell got her start in broadcasting while a 4th grader at Seoul American Elementary School in South Korea. He father, a U.S. Army commander, was stationed at the Yongsan U.S. Army Garrison there at the time.

O’Donnell returned yesterday from her reporting trip to South Korea and, this morning, took viewers on a tour of her home and her school. She also shared her first appearance as a broadcaster
helping with English-language skills for the Korean Educational Development Institute.

“I was hoping those tapes would never make the light of day,” O’Donnell said after the story aired.

“Why would you hope that? I think that’s adorable that you have that,” said Gayle King.