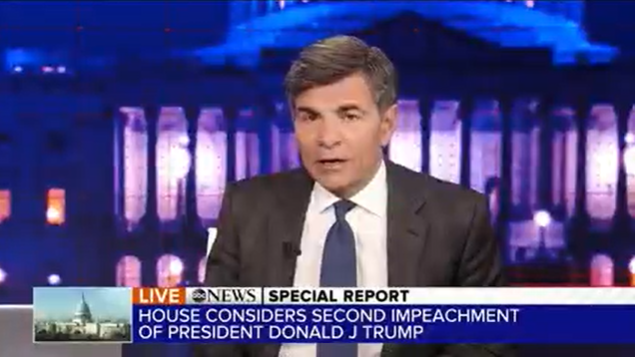 Day one of the House’s debate on the article of impeachment will be carried by cable newsers and all of the streaming news services throughout the day, as expected.

The major broadcast networks are breaking into regularly scheduled programming at various points to show the proceedings as well.

ABC News broke into the network at 9 a.m. ET, when debate officially began. Chief anchor George Stephanopoulos anchored that 40-minute-long special report. The network will be on again at other times throughout the day – including when the vote happens.

“We are coming on the air on this truly historic day to bring you live coverage of the House of Representatives, as it takes up for an unprecedented second time, the impeachment of president trump. This time for incitement of insurrection,” said Holt. 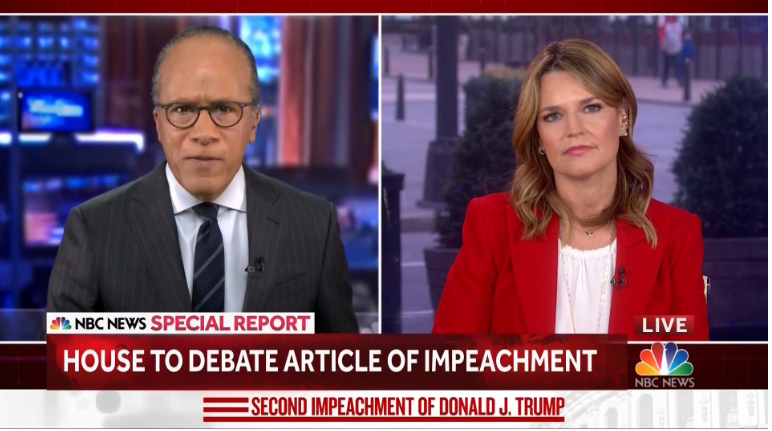 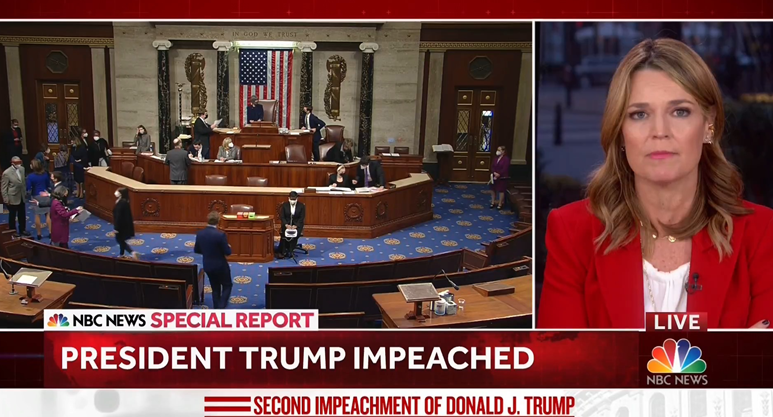 PBS NewsHour televised the start of the impeachment proceedings at 9 a.m. ET on PBS stations nationwide. Managing editor Judy Woodruff is anchoring the special programming with contributions from White House correspondent Yamiche Alcindor, Capitol Hill correspondent Lisa Desjardins and more including TBD guests. In addition to broadcast on PBS stations, coverage will extend to PBS NewsHour’s digital and social platforms.  NewsHour’s nightly broadcast and 9 p.m. ET update will include reporting and updates from the day’s proceedings.