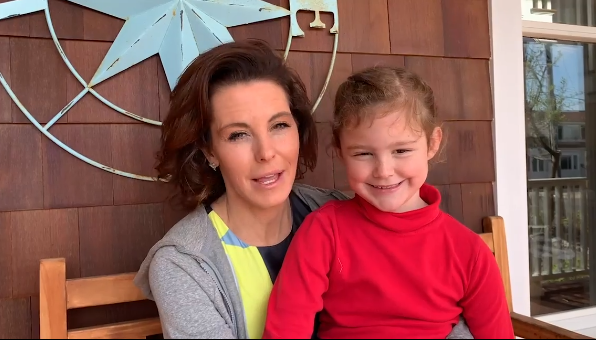 Last week, we posed the following question to the TV news community: What are you doing to decompress and take a breather while covering the COVID-19 pandemic?

A number of you responded to our question, and the answers were as varied as we had hoped. Perhaps these answers will serve as something of a “how-to” guide for your colleagues.

“I gave up alcohol for Lent. Poor timing,” said Fox News anchor Bill Hemmer. “Luckily, I’ve got a place in Sag Harbor and there is zero traffic getting there and back. I’ve rediscovered the peaceful silence of a fireplace in early spring, a running trail in the woods nearby and the affection for some absurd, random show called Tiger King. Maybe you’ve heard of it.”

As for ABC News chief national affairs correspondent and World News Tonight Weekend Anchor Tom Llamas, “The days and nights are long on COVID-19 coverage, so when there is downtime I try to disconnect, but it’s a challenge,” he admitted. “I spend a lot of time FaceTiming my family. My wife and kids are away while I cover the story and New York battles through the virus day to day. It’s been nearly a month, which has been tough, but getting to see them and hear about their day is great. They love playing with emojis and changing their faces to unicorns while we chat—so that definitely takes my mind off things.” 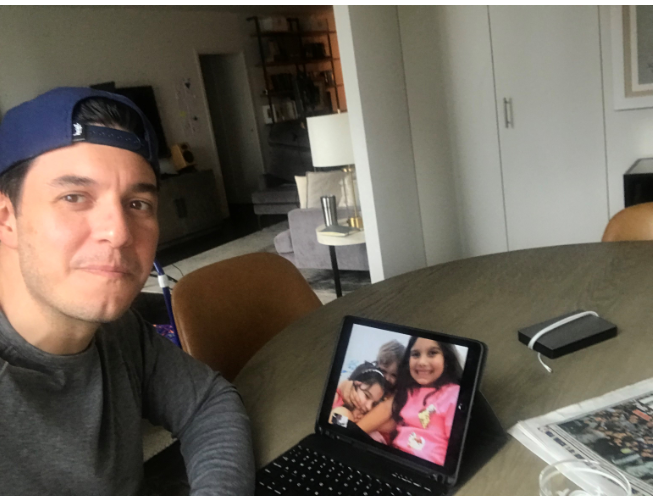 Llamas added,: “I finished Exhalation by Ted Chiang, which was not what I expected, but a wonderful book for anyone looking for a wide-ranging read. Right now I’m burning my way through Bacardi and The Long Fight for Cuba by Tom Gjeleten. It’s a book about the famous rum family, but really about the history of Cuba. And it’s written by the husband of my colleague and friend—the great Martha Raddatz.”

I am doing a lot of the basic things to take care of myself: sleep, meditation, exercise, healthy eating (+ occasional cookies).

But there are two other things that have really helped me out:

“I’m spending more time with my six-year-old now than ever. It is a precious time of volcano making, piano practicing and bike riding,” said Davis. “While this is such a trying time for us all, he is a silver lining. I’m also coming up with fun projects to edit on iMovie for family and friends. I’ve always enjoyed that aspect of storytelling, but rarely have the time to do it…until now. Getting back to my journalistic roots when I had to edit my own packages.”

NBC News’ Stephanie Ruhle told us she’s decompressing by “hugging my kids, deep breaths and a lot of prayers. We’re all getting accustomed to a new normal. Right now I’m feeling grateful for my family, my team and everyone on the front lines of the pandemic.”

You may remember Maureen from last week. She is a nurse from Michigan who is on the front lines helping to fight coronavirus. My team and I haven’t stopped thinking about her and her family and we wanted to say thank you. I encourage you to, also! #THANKYOUMAUREEN

Lauren Peikoff, Ruhle’s executive producer at MSNBC, said she’s worked in news for more than a decade, covered every major story of the last 10 years and always been able to go home and escape from it all for a bit. Now? Not so much.

“I am forcing myself to go offline for one hour a day. I take that hour to read—not news!—watch a mindless show, do an at-home workout, a crossword puzzle. … I even got coloring books to do something different,” said Peikoff. “I let my team know when I am going offline.”

She added, “I’ve also empowered my team to do the same, and make sure they are taking the time for them. My family lives across the country in California and Colorado, so it’s important to me to FaceTime or Zoom with them daily.”

Below, an image of Peikoff Zoom-ing with her family: 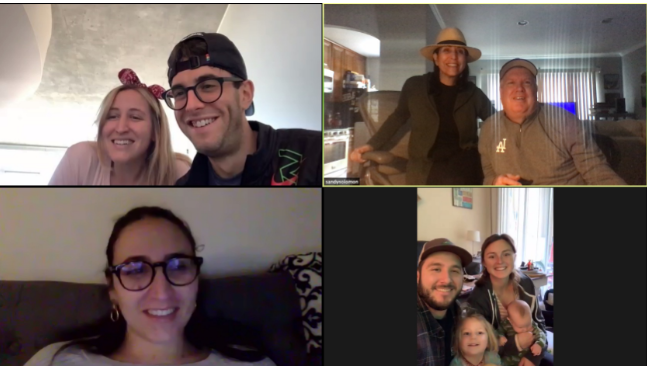 A duo of CNBC journalists told us what they’re up to when not covering the pandemic.

CNBC’s senior health and science reporter Meg Tirrell said she found it “really hard to step away and stop working,” adding, “There is always something happening: briefings from governors and mayors, the WHO [World Health Organization], the White House … but I’ve got a toddler whose demands for attention win out, and as the weather improves it’s been amazing to get out during a break in the day to take a walk with him. Of course, everyone else in the neighborhood is out too, so social distancing takes some effort!”

Also, “I’d love to say I use other downtime to be productive, organizing my closets or exercising at home … but if I’m being honest, it’s a lot of baking and Bravo.”

Gotta keep it in the NBCUniversal family with those programming choices!

“I start each day with prayer and devotion before joining the morning editorial call. I need to center myself,” said Epperson. “Reading inspiring and uplifting words helps me focus on what is most important to me: my faith, family and friends. Then I can delve into covering the news of the day—the grim realities and hopeful opportunities.

To decompress, “I do an online yoga class or I take a walk around my neighborhood in the late afternoon or early evening,” she said. “Sometimes I stop to chat with neighbors from a social distance, but usually it’s my time to catch up with my mom, sister and loved ones by phone. Although in the last few days, I’ve enjoyed walking in silence, no music, no phone calls, just the sounds around me. That brings me peace.” 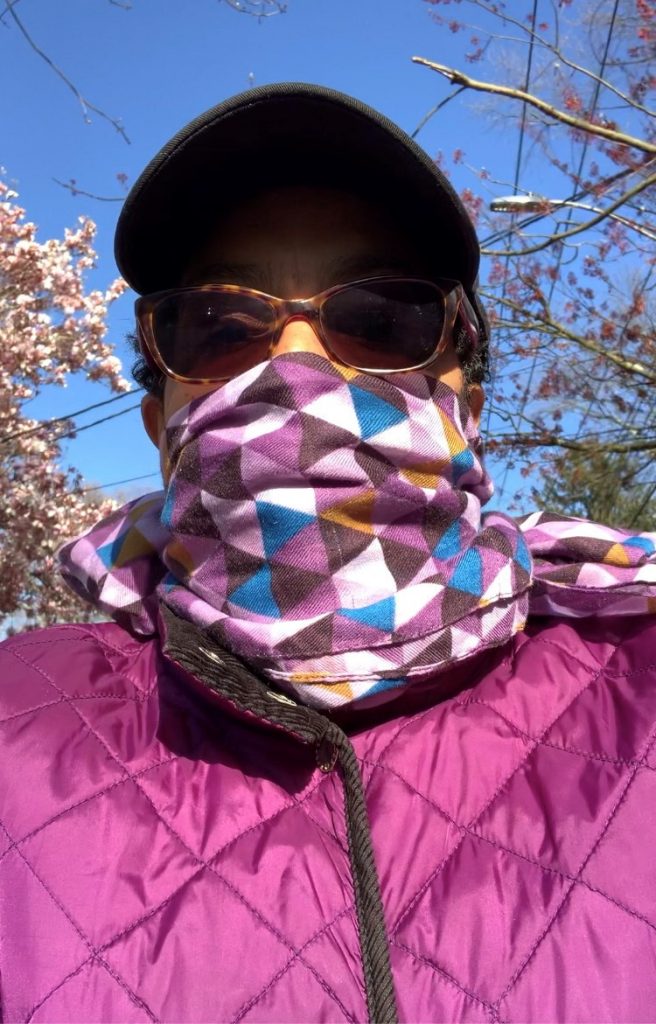 Sharon Epperson showing that safety and high fashion can co-exist.

Telemundo anchor Julio Vaqueiro has been anchoring the network’s new coronavirus-focused nightly newscast. He is also co-anchoring a coronavirus special on Monday nights.

However, “the highlight of my day comes every morning, when I have some time to spend with my kids and wife,” said Vaqueiro. “I try to do some exercise as soon as I wake up, then have breakfast with my family and start my daily routine. That time with the kids really helps to remember what truly matters. Reading them a book, playing with them or even watching TV with them changes everything. It’s like an alternative world that I enjoy so much.”