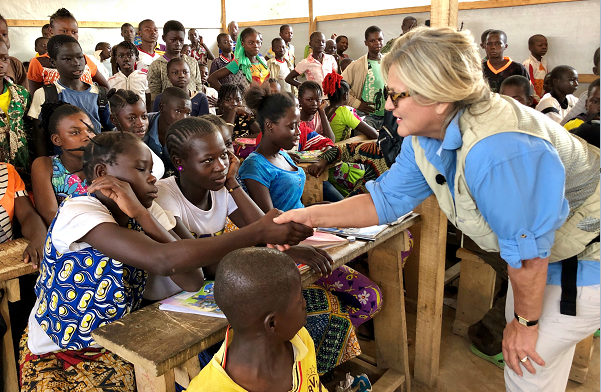 While the U.S. news media seems primarily focused on politics and the trials and tribulations of the Trump presidency these days, NBC News senior investigative and legal correspondent Cynthia McFadden just returned from an important trip to the Central African Republic, reporting on the humanitarian crisis and danger there.

McFadden is the first U.S. broadcast network correspondent in five years to get access inside the CAR.

What interests her about what’s happening in this particular country? Why this story?

“Most investigations, most reporting like this begins with a question, and our question was: ‘Where’s the worst place in the world to be a child?’, McFadden told TVNewser Monday afternoon. “I’ve spent a lot of my career covering women and children around the world, often in difficult circumstances. I was keen to take a harder look at this.”

There are reportedly 1.5 million children on the brink of starvation in the Central African Republic due in part to ongoing civil war. That’s the highest number of starving kids on the planet.

McFadden, who, after 20 years at ABC News joined NBC in 2014, had some familiar faces helping her with this story.

“Christine Romo, who came over to NBC from ABC is a remarkable producer. She was also poking around on this, and I’m happy to say we’re now working together,” said McFadden. “Also, Jake Whitman, who has come over previously from ABC with me. We were all really interested in this question, and through a lot of planning, a lot of research, we were able to persuade NBC that this was going to be safe, and they needed no persuading that it was going to be important.”

Her reports debuted this morning on NBC’s Today (shown below), with other reports set to air on NBC Nightly News, Weekend Nightly News, EuroNews, NBC News digital, and other NBC News platforms. 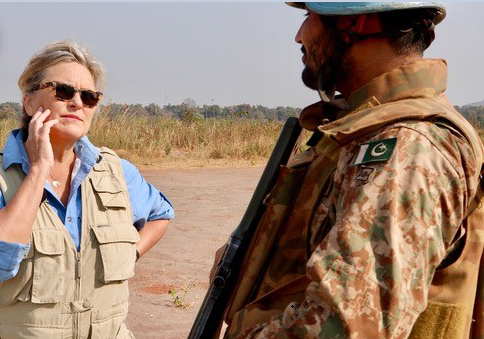 It seems like the A-block of every news program these days is focused on politics, and mostly Trump. Why do you think NBC News executives feel as though this particular story is worthy of so much attention across all of their platforms?

Obviously, covering the administration, covering what’s going on in Washington is important and needs to be done. But NBC really believes in and really supports – and this is a good example of original reporting. This is a crisis that’s happening. To say it’s been underreported would be too weak. It’s really a crisis that has not made even the tiniest of headlines. 1.5 million Children are in danger of starvation, in danger of dying right now. And that’s something that after Wednesday, someone won’t be able to say “we didn’t know.” We know. Whether and how our government or we as individuals want to respond to that, we’re going to tell you about what’s being done and what people might be able to do to help.

So there’s the humanitarian side of it, and there’s also a massive geopolitical story to be reported out of this. We touch on that as well.

It was remarkable to me, not only that NBC gave us the resources we need to go and do it, but also have given us so much air time to be able to tell the story in a full-throated way.

How were you received in the CAR by the locals?

Split decision on that. There are certainly factions of the country who aren’t happy to see journalists, period. Aid workers and journalists have been targeted over the last several years by the rebel groups. Three journalists were murdered last summer in CAR. Journalists have been attacked routinely. Those were Russian journalists by the way. I think there were 398, almost 400 aid worker attacks last year. So there’s certainly an element in the CAR that doesn’t want anybody from outside looking in. We certainly experienced some of that.

On the other hand, people are desperate for help, and without the presence of UNICEF and some other very brave NGOs, the crisis would be even worse. So, we had the opportunity to also experience the joy with which supplies were welcomed and some very difficult situations.

Did you reach out to the CAR government for comment on your reporting?

Oh yeah, we called, but they weren’t even interested in talking. Listen, the infrastructure is a little thin, as you might imagine, but yeah, they weren’t interested in talking to us. We did also reach out to the U.S. chargé d’affaires there (our diplomat in CAR), who was in the Nightly News piece and you’ll get to hear some of his thoughts about the perilous nature of the country.

And I would also say to you that while a lot of this is very grim, there was some wonderful, joyful aspects of the trip. I know that sounds like a ridiculous thing to say. We spent a big part of one day with the Boy Scouts of the Central African Republic. Now, the government is so weak that many things that we would think government should do, government doesn’t do there. The boy scouts – 12,000 boy scouts, with a few women members, ages 13 to late-20s, are doing remarkable things.

How long were you there for?

Five days. Seven days in Africa, we stopped in Kenya on the way in order to meet up with the UNICEF folks. We got four pieces in, we didn’t waste any time!

And another thing – Like all of my colleagues, I’m only too happy to complain about the bosses; but I really want to just tell you: I’ve been doing this for a very long time, and I have never felt the kind of support or encouragement that I felt around this project from my colleagues at NBC. We produced an 8-minute piece for the Today show. We went and screened it for them, and they didn’t ask for a single change.

We took some calculated risks going in and doing this story, so it really feels good when you get back and the network wants to hold up that reporting. 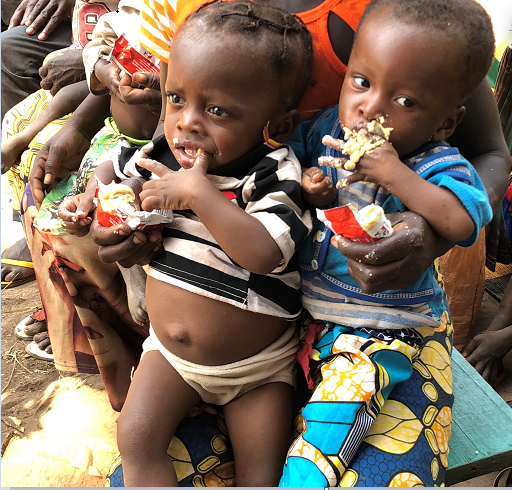