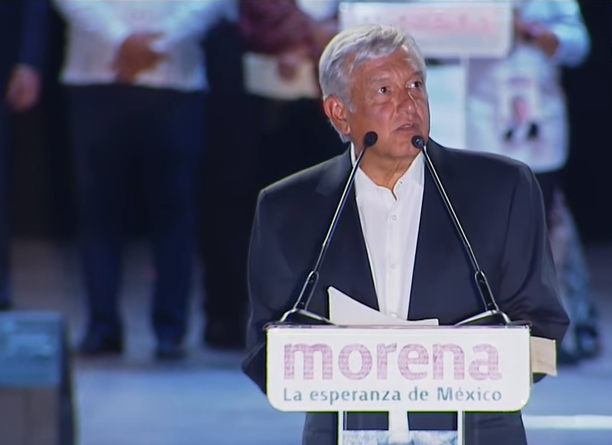 Lost in the midst of this crazy news week here in the U.S. is the fact that there’s a presidential election happening in Mexico on Sunday, and it’s considered one of the most important in the nation’s history.

Mexican voters will elect a new president to serve a five year and 10 months term. They’ll also select 128 members of the Senate for a period of six years and 500 members of the Chamber of Deputies for three years. 3,400 seats are up for grabs at the local level.

The left-wing, populist candidate Andrés M. López Obrador is considered the favorite, and he’s going up against Ricardo Anaya from the center-right National Action Party; Jaime “El Bronco” Rodríguez, the independent; and José Antonio Meade, who is from the ruling right-wing Institutional Revolutionary Party (PRI) and the a close friend of President Enrique Peña Nieto, an unpopular figure at the moment. The PRI has been in power for 77 of the past 90 years in Mexico.

The two major Spanish-language broadcast networks here in the U.S., Univision and Telemundo, are providing in-depth coverage on the big day.