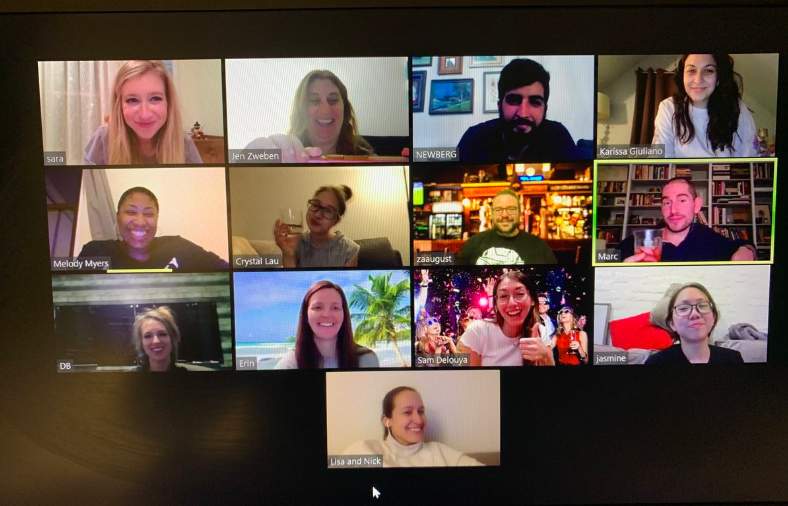 For the most recent installment of our #AskNewsers feature, we asked TV news talent and producers how they’ve been remotely bonding with their work colleagues as everyone tries to keep their spirits up during the pandemic.

Fox & Friends co-host Steve Doocy told us that before the new work guidelines were put in place, he would sit for the 90 minutes before the show next to vp of morning programming Gavin Hadden and the producers in the Fox & Friends offices.

“Now, while we are 25 miles apart, we text and email constantly before, but for a better connection, I’ll FaceTime Gavin,” said Doocy. “I call him twice a day, once before the show and once after. It’s our chance to discuss the show, pitch ideas and tweak segments.

He added: “It’s also my chance to see how his beard is growing in. He’s at 75% right now, it looks good. At 5:30 a.m., after I’ve prepped for the show and I’ve FaceTimed Gavin, I will return to the computer and try to get an InstaCart, Whole Foods or Walmart delivery time.” 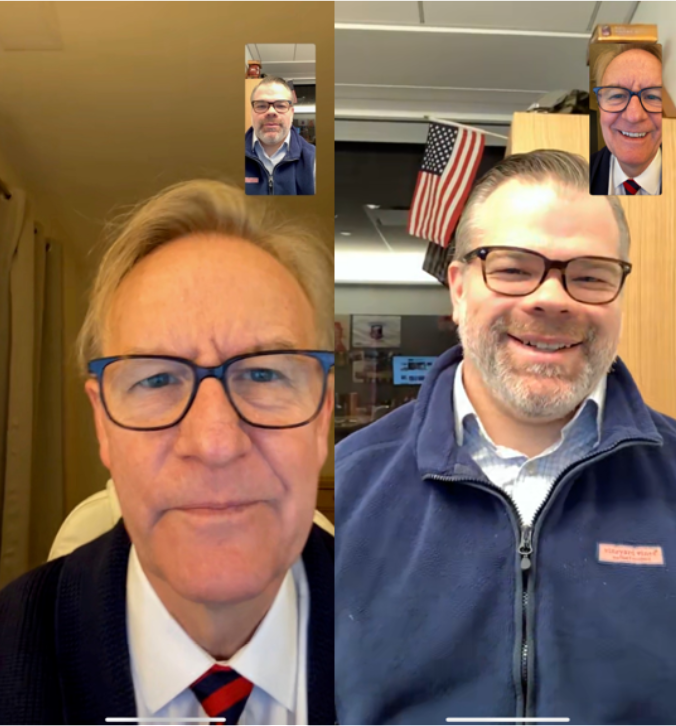 At other networks, the catching up takes place later in the day, over a beverage or two.

For some reason, we’re having a difficult time spotting Eisen’s drink.

“One is with a couple of the producers I work with regularly on SatMo and every couple of days we just check in … cheer each others work, listen to the tough stuff, offer advice,” said Jacobson. “It’s a good reminder especially on bad days that none of us are going through any of this alone.”

“I’ve done a couple Zoom happy hours, including for a couple of our CTM feature producers celebrating birthdays,” said Jacobson. “There were about a dozen of us online doing exactly what we would have done socially in normal times.”

Jacobson added that she’s found herself calling people more than ever before instead of texting. “I’m curious to see if I keep that up or fall back to electronic form,” she added.

Speaking of CBS, the Evening News team is holding virtual “coffee breaks” and lunches each week. CBS Evening News senior broadcast producer Brinda Adhikari, who has been organizing these check ins, told us why they’re so valuable.

“On a really basic level, I miss seeing the team’s faces. We have such a wonderful mix of people working for us, it’s fun to see them. But also, I think it’s important to have meaningful conversations that aren’t about what needs to get done that day, but to simply find out how people are doing. How they are managing to take breaks, keep sane and yes, what else they might need from management to make their jobs easier. And for it to be in a casual setting so we can talk openly with each other. It doesn’t get more casual than folks being in their bedrooms and kitchens while eating a sandwich or drinking a cup of coffee, talking about our strange lives right now. Staying connected is a key component to how we work together as a team. So as long as we’re in this world order, we will keep doing Zoom lunches and ‘coffee breaks’ every week to stay in touch!”