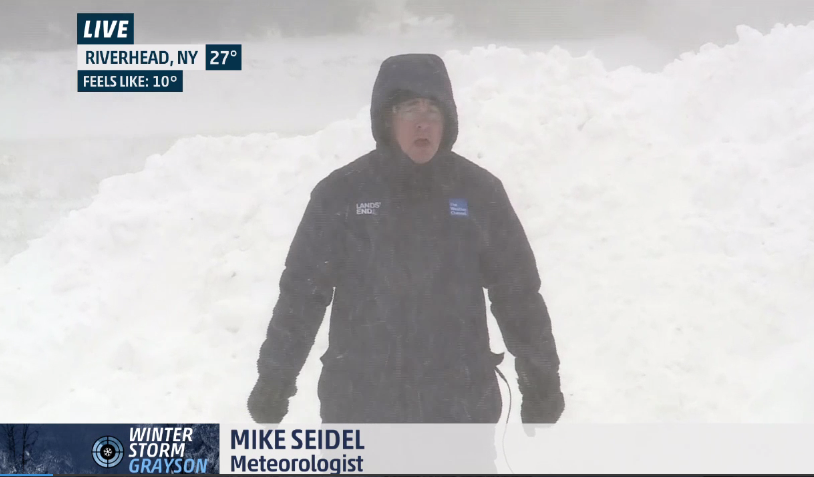 Winter Storm Grayson (also known as “the bomb cyclone,” due to a sharp drop in atmospheric pressure) continues to wreak havoc on the East Coast on Thursday afternoon.

Strong winds are blowing snow in New York, Boston and points north (and south), covering much of the region in what looks like a white haze. Plows and salt trucks continue to skid down streets, homeless shelters are filled, a number of schools and offices are closed (well, not all offices), and thousands of flights were canceled at airports along the East Coast, from Virginia up through Maine.

The National Weather Service said Atlantic City, N.J., could record up to 18 inches of snow, and Delaware beach towns (ie. Dewey Beach, Rehoboth Beach, etc.) were facing the possibility of a foot of snow.

That’s a lot for the East Coast.

As one might expect, The Weather Channel is providing in-depth coverage of Winter Storm Grayson today and Friday.

Here’s where TWC has its on-camera meteorologists stationed: 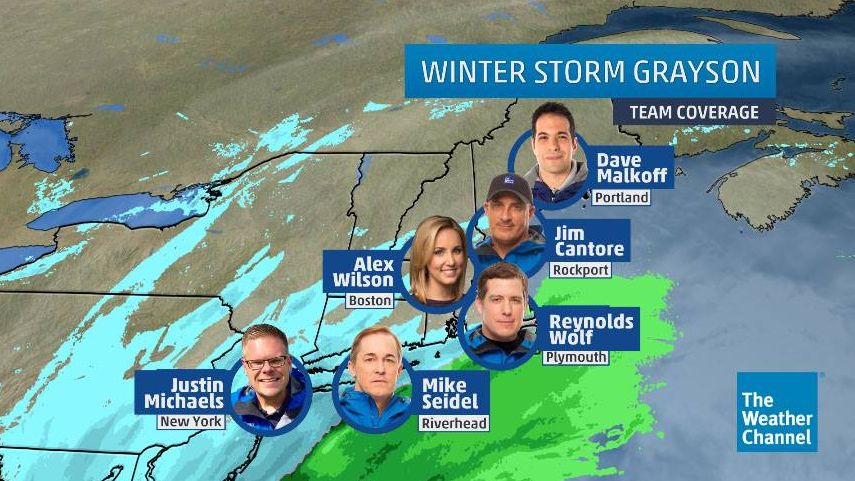 Jim Cantore has been reporting while battling the elements in Massachusetts: